Henderson is a defunct brand of U.S.-made motorcycle that went bust around the time of the Great Depression. In 1936 designer O. Ray Courtney took a 1930 Henderson and modified it into the streamlined style you see here:

Little is known about Courtney, though his name does pop up again in a 1953 Popular Science article, along with photos of another motorcycle he modded in 1950--with a style evolving along with the times: 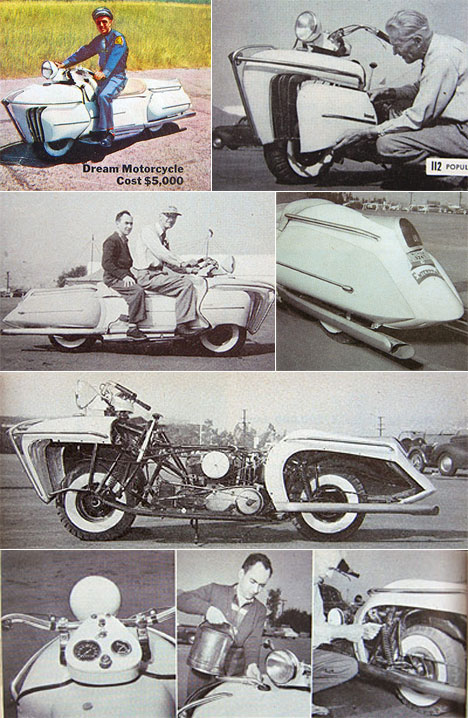