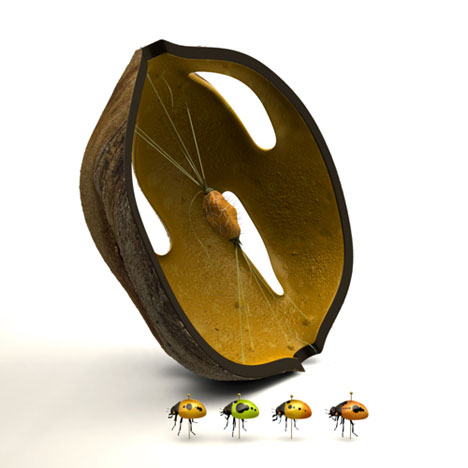 RCA graduate David Benqué proposes a future where genetic engineering and synthetic biology are used to not only to address vital issues like the environment, health and the food supply, but also to extend the age-old inclination f humans to shape our environment to suit our aesthetic desires. Working specifically with the bio-engineering of plants and referencing flower gardens, drug cultivation, and agricultural grafting, Benqué imagines an acoustical garden created with science and changing its aural character throughout the seasons. 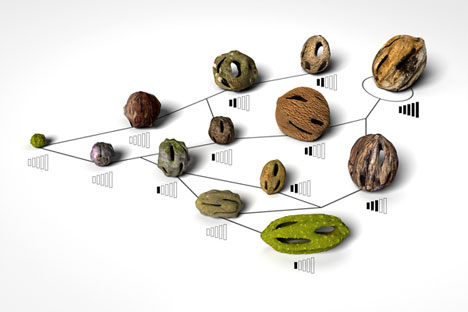 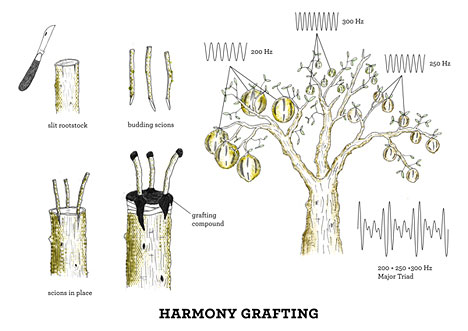 Benqué has integrated synthetic biology methodology with traditional agricultural practices. For example, String-Nut is a hollow, perforated shell that acts as a resonance chamber for the chewing sounds of bugs that have been engineered to chew in rhythm (not unlike fireflies lighting in sync). In addition to using selective breeding techniques to create the ideal shell shape, grafting is used to produce trees that bear nuts with harmonic note combinations, pictured above. 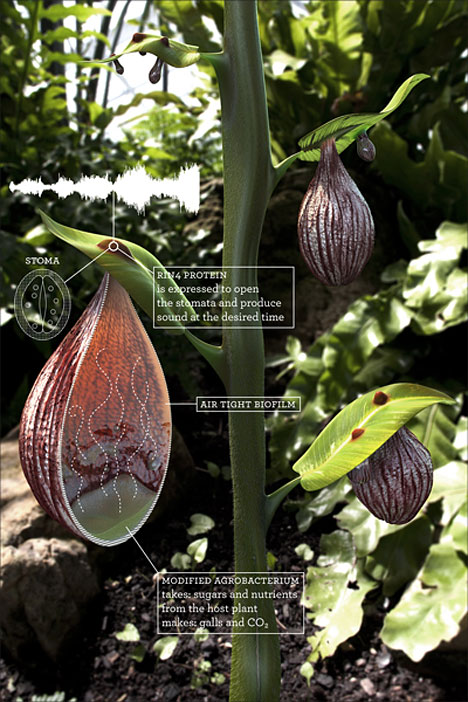 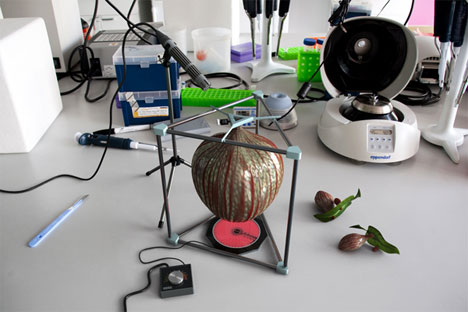 He's also tried to be realistic about the sorts of sounds these plants might produce, not soft melodies but sounds produced by simple mechanisms like bellows, bladders and resonance chambers. For example, in the above example, modified agrobacterium digest sugars and nutrients from a host plant to grow gas filled parasitic galls. When under pressure, the galls emit the gas through a stoma, producing a sound. In the below video, he portrays scientists modeling the sound using air through a balloon. 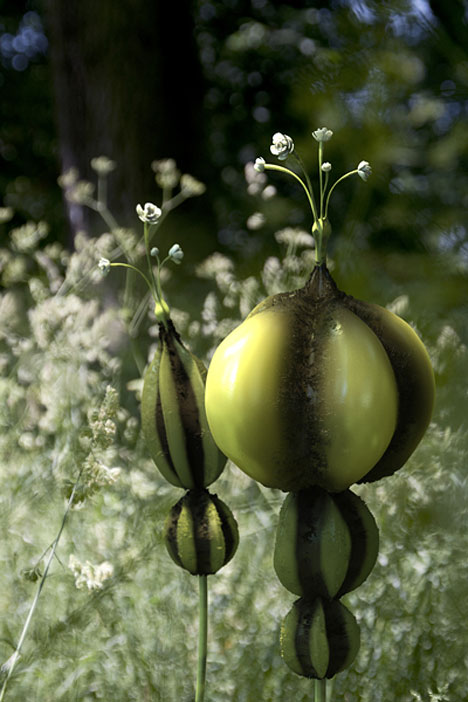 His scientific advisors helped him visualize some of the real effects these biological changes would have on plants. In Singing Flower, above, the plant bears tiny flowers because most of it's energy is diverted to an acoustical parasite. How the plants would persist despite their reduced reproductive capacity is unaddressed, but is another interesting facet to this project—would they always have to be planted, preventing unwanted spreading of the species?

Finally, Benqué represents the seasonal changes a garden like this might undergo, but is careful not to be too literal, using abstract, diagrammatic graphics instead of realistic representations, seen in the video above, entitled Silvery Acres.