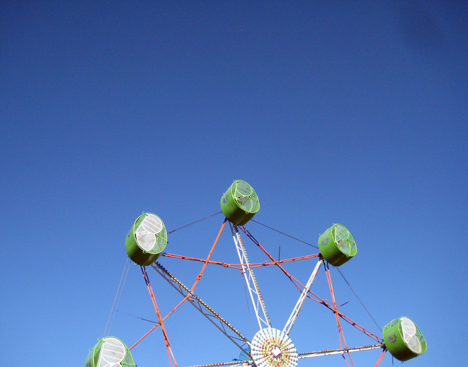 It's a well-accepted notion that money can't buy happiness. Sure, sometimes we imagine how great our lives would be if we had a little more disposable income, but deep down no one wants to believe that life satisfaction can be measured by our bank balances, that possessions count more than people, or that the meaning of life can be found inside a designer handbag. For the most part, research agrees with the old saw, showing that additional income rarely has lasting effects on happiness. (It can even make people less happy in the long run.) But even so, recent studies suggest that money actually does have a lot to do with happiness, just not in the way we usually think about it. When it comes to being happy, it's not about having more money; it's about how you spend the money you have. After decades of masstige-fueled spending on clothes, accessories, electronics, and home goods, consumers are now starting to alter their habits in ways that science suggests can actually increase their happiness. A recent New York Times article examined a growing trend in shifting consumer spending from objects to experiences, citing studies that show this type of consumption is directly linked to greater long-term happiness. "It's better to go on a vacation than buy a new couch," says Elizabeth Dunn, a co-author of a paper aptly titled, "If Money Doesn't Make You Happy Then You Probably Aren't Spending It Right." In another study, a survey of nine major categories of consumption showed that only one had a positive correlation to happiness: leisure, which includes vacations, entertainment, and sporting equipment. Prompted by the recession, American consumers are downsizing, shedding some of the stuff in their lives and the costs of maintaining all that stuff, in favor of spending more money on travel and other experiences. If it's true that this shift does create new levels of happiness, then these short-term shifts may deepen, and evolve into a more permanent consumption pattern.

There are many winners here. Consumers, for one, who are wringing more satisfaction out of their hard-earned dollars. The environment, too, stands to benefit from decreased material consumption (as long as these new experiences don't all involve high-powered devices and long-haul flights). And of course there's the leisure category, the designers and manufacturers of all those hotel rooms and speedboats, theaters and spas, golf clubs and tennis racquets and SCUBA gear, for whom this consumption shift is sure be a boon. But what about the rest of us, those who don't happen to design "fun" for a living? What about those of us who design for more prosaic moments in people's lives, or those who design luxury objects, or objects that are mostly used for decoration? How can we rise to meet consumers as they're making this shift and be a part of the kind of consumption that makes people happier (rather than the kind that brings status anxiety, materialism, and debt)?

Whatever we make, whether it's toothbrushes or sportscars or shoes or chairs or paperclips, I think we'd all benefit from thinking more experientially about design. There are good reasons why psychologists believe experiences create more happiness than things. As opposed to acquisitive purchases, experiences tend to be more focused on enjoyment than status; motivated by internal desires rather than external pressures, they're more satisfying in the long run. Experiences provide rich sensory stimulation which gets encoded in memory and can be relived over and over again through storytelling and reminiscence. Good experiences allow for unexpected happenings and spontaneous connections, which satisfy the natural human craving for novelty. (Objects, on the other hand, tend to behave in predictable ways, meaning we adjust to their presence and their value declines over time. To satisfy a craving for novelty with objects, you have to buy new ones.) Experiences also hold the potential to be social, and much of the recent research on positivity suggests that relationships are an essential element in both present enjoyment and long-term happiness. And finally, experiences offer the potential for what positive psychologists call gratification -- for people to learn, apply their strengths, and grow. Experiences may involve being active, exercising creativity, entering a state of "flow," and progressing towards a goal, all elements of gratifying activities known to contribute to happiness.

I started that last paragraph with a list of objects, and then rattled off a list of wonderful attributes of experiences. So how do we bridge the two? When you think about it, every object holds the potential for an experience. A book offers the experience of reading. A ball offers the experience of play. A tea set offers the promise of a relaxing afternoon in the company of friends. Some objects point more directly towards experiences than others -- a bicycle is more evocative than a lamp, for example. But regardless, once you start thinking about the experiences offered up by an object, the design challenge becomes far more exciting. It's not simply about the form or the matter -- it's about object's role as a catalyst for experience in people's lives. Designing a dinner table isn't about wood or metal, square or round. It's about the experience of dinner: setting out the placemats, talking about your day, saying grace or cheers, digging in, passing the potatoes, and feeling the dog curled up on your foot, hoping for a scrap. The object is a stage set or a prop for the experience. It's an icebreaker, a tool, or a souvenir. It becomes a part of something you do, rather than just something you own.

As is often the case, independent designers and producers are leading the way in creating new, engaging experiences. Throughout the country, craftspeople and small-batch food producers are offering classes in everything from flower arranging to butchering to pickle-making, turning aspects of everyday life into immersive (and lucrative) experiences. Startups are showing that an experiential focus can buck larger trends, such as the decline in the publishing industry. The early success of newly launched travel magazine AFAR, focusing on adventure and cultural travel rather than the more status-conscious variety, runs in direct contrast to the recent collapse of object-oriented titles like Domino. In the world of technology, apps are turning devices into portals for experiences, transforming mundane acts through clever interactions. Hipstamatic, a vintage camera app, slows down the iPhone's point-and-shoot camera with a "developing" process and adds whimsical variations through faux lens flares, blurs, and scratches. Even the process of shopping is becoming more experiential, with a surge of farmer's markets and flea markets making consumption less focused on acquisition, and more on enjoyment.

Thinking experientially is not a revelation in design. But given recent notable shifts in consumer behavior, and the corresponding research that shows the benefits of these shifts, it's worth a reminder. Discretionary consumption, regardless of the object, has always been about the pursuit of happiness. Money may not be able to buy it outright, but it can move us closer or further away depending on how we choose to spend it. Consumers are getting smarter about how they pursue happiness. We'd be smart to think more deliberately about how we design for it.

For further reading on the kinds of experiences that lead to long-term happiness, try The Happiness Hypothesis, by Jonathan Haidt, or Positivity, by Barbara L. Fredrickson.