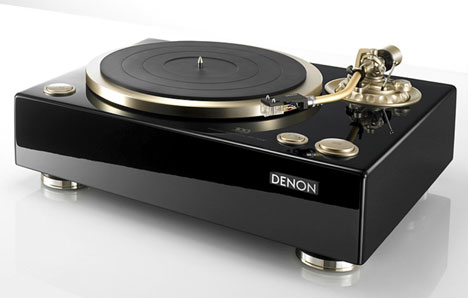 High-end audio equipment manufacturer Denon is celebrating their 100th Anniversary this year. To commemorate a century in business they're releasing a special Anniversary Series line of products, like this chunky direct-drive DP-A100 turntable, which combines modern styling with a retro, almost Mid-Century Modern look.

As DJs know, direct-drive turntables (as opposed to belt-driven) can suffer from the motor transmitting vibrations to the record; Denon gets around this by applying a dampening silicon rubber treatment to the underside of the diecast aluminum platter.

Check out the rest of their Anniversary Series here.