When I'm typing, I can't physically touch my screen without leaning forward. Not exactly a layout conducive to touchscreen interfaces.

If you were wondering how touchscreens could be ergonomically integrated into desktop machines, check out these patent drawings (filed by Apple in Europe and dug up by fansite Patently Apple) that show one possible design for a future iMac that could switch between keyboard and touchscreen modes. 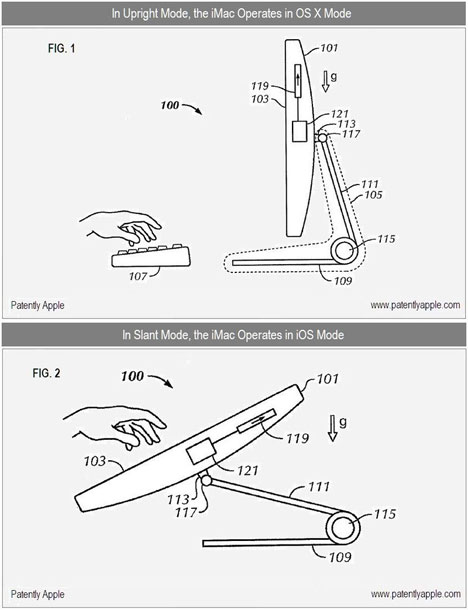 A hinge enables the screen to be pulled towards the user and into a lower position, coming within comfortable fingertip range. The screen could detect its position and orientation, via a combination of rotation sensors in the hinge and an accelerometer in the screen itself, and adjust the on-screen content/interface accordingly.

Rumors indicate a touchscreen iMac will be released later this year, and if these drawings are accurate, we're very curious to see how Apple executes the industrial design challenges of the hinge and base. Absent counterweighting, the base will have to extend pretty far forward to support the weight of an iMac tilted to the extreme forward position, and there will presumably be some type of handle or area allocated for hand-guiding the screen from position to position. 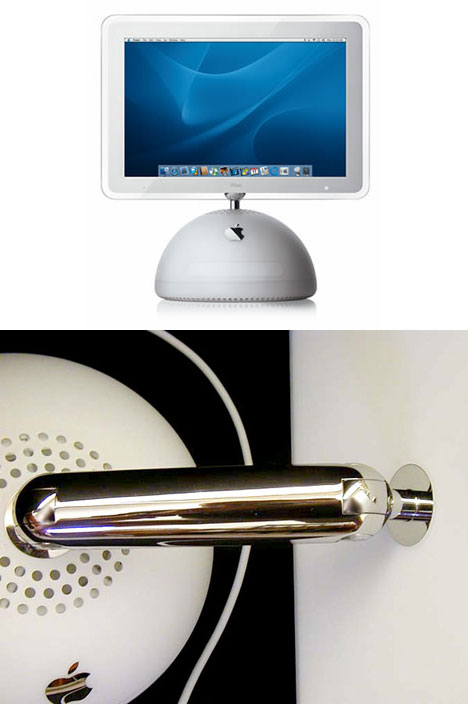 I was a fan of the first iMac G4's chunky hinge and arm mechanism and am wondering if Apple, which typically does not look backwards, will return to something similar, or wow us with a previously unseen mechanism.