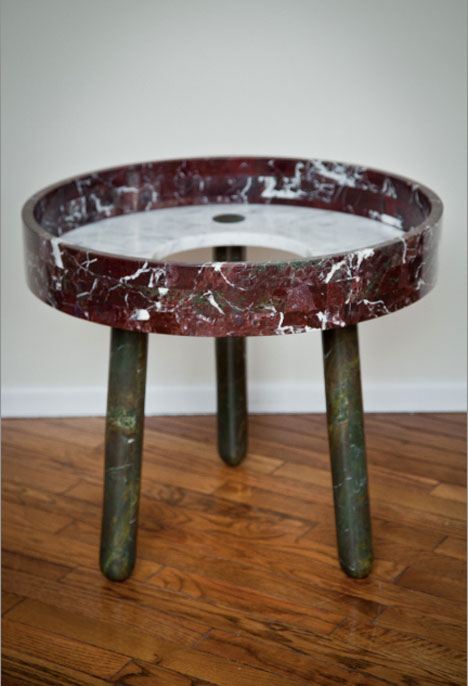 For the second installment of Chicago's newest design venue, the event-based Volume Gallery will show a new, limited-edition collection by Felicia Ferrone, entitled On Space.. The project examines the relationship between environment, space, material, and function.

The designs in On Space set new rules for engagement, creating innovative modes for social interaction. Ferrone leads the user to question fundamental archetypes; an occasional table is more than a vehicle for objects, a dining table has no host and a light fixture is unconstrained as it gently orbits overhead. 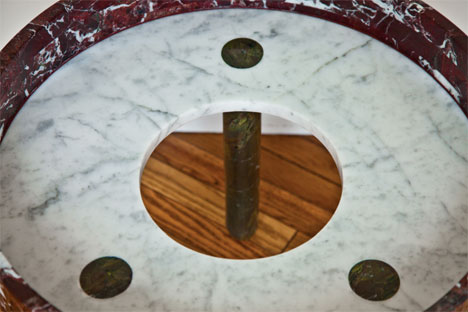 For example, in Shift (pictured above), a void in the tabletop limits the accumulation of "life's detritus." The surface is minimized, inviting the user to play a more active role in their everyday use of furniture. Shift is still functional, but asks to be considered. 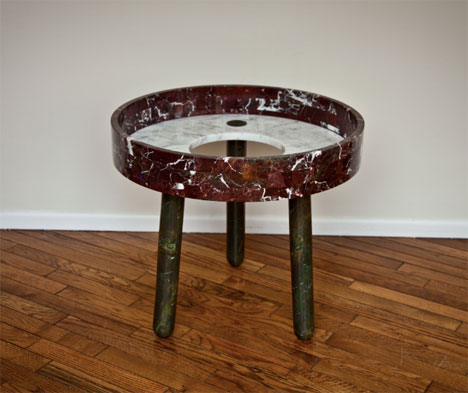 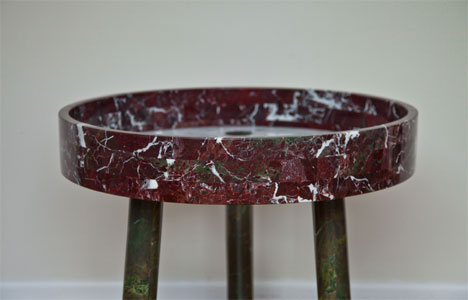 Ferrone emphasizes the tensions between object, user and space with materiality, searching for a "simultaneously familiar and otherwordly" visual language.

See the entire body of work at its Volume Gallery debut on October 22nd, at a raw space in Chicago's West Loop.