In this fifth post in our series, Dogs on Design, Raleigh Pop blogger Sarah F. Cox sat down with designer Michael Surtees, an interaction designer at Behavior. They talked about how humans behave on the web and how dogs behave in the park. 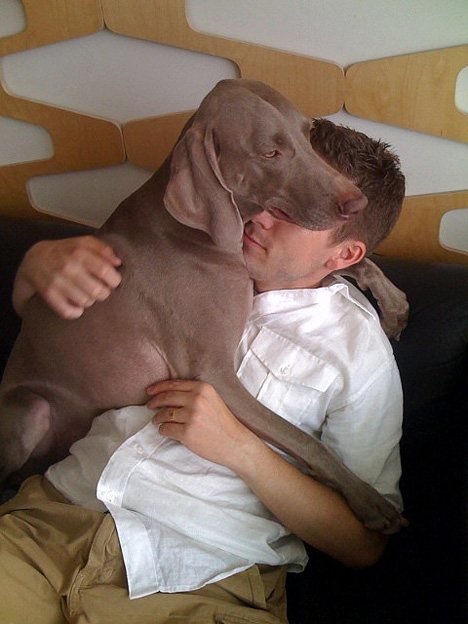 I'm trying to ask Michael Surtees serious questions about his design critique of the mobile application Foursquare, but I'm a bit distracted. His weimaraner, Madison, keeps trying to crawl into his lap. We are seated on a bench in Washington Square Park at 9 am on a hot August Saturday and the slanted sun is already starting to bake sunbathers while some sort of work-out club is lunging and lifting in the shade. The park is a mid-point in one of the shorter walking routes Surtees and Madison take down Fifth Avenue. For a longer walk, they'll head north on Park Avenue to 42nd Street and loop back south to 23rd Street en route to the apartment. "What I like about that walk is that the sidewalks are wide, washed daily, and I get to observe Grand Central Station for several blocks." As a Canadian import, Surtees is still struck by New York icons after four years here. "While I live pretty close to the Empire State Building I never take it for granted. It's pretty rare for me not to stop at a light on Fifth Avenue, look up to that building and smile. That this is my normal view walking Madison." 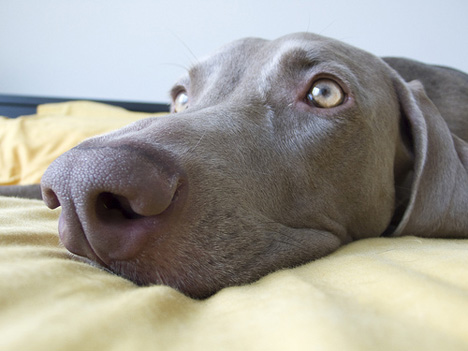 The dog finally settles on the bench between us blocking the conversation, so I peer around her to press Surtees on the issue at hand: design and technology. Surtees explains that he used Foursquare for some period, "more than 100 days, but less than a year," before he quit. "Personalities don't show through," he says and nothing was lost when he dropped it. In contrast, he's a much bigger fan of Twitter, which has allowed him to get to know users. I can vouch for this tweet enthusiasm: on my way out the door I tweeted that I was meeting him and he tweeted right back.

As for getting to know dog personalities, Madison, aka Maddie, is showing off all her quirks. Surtees describes her are as a loyal, affectionate diva who is very aware of her surroundings. She's hopping on and off the bench to lick her human's face when two tourists stop to photograph her. Surtees and Madison gladly oblige and I wonder if this is the William Wegman effect in action. As it turns out, Wegman and Surtees met one day while he was walking Maddie and had a chat about the famously photogenic breed.

Madison actually got her name while Surtees was still living in Canada, so it seems a bit serendipitous that they now live a block away from the famous avenue namesake. He and his wife ran through 70 or 80 dog breeds before deciding on a weimaraner, which is Surtees' very first dog. I ask him if it was an aesthetic decision, as the breed is known for good looks, but he calls it a gut feeling about them. He uses this term again when he describes picking out the puppy that he would later bring home from a litter. "It just hit me in the gut" he says. 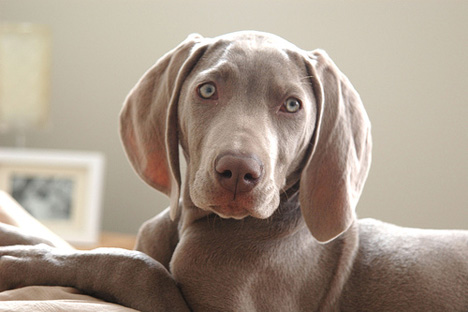 Surtees also talks about going with his gut when he reviews technology and design. He is critical of the New York design community because he finds it, "too stuck on personality." I thought this sounded a bit contradictory since the lack of personality was what pushed him into quitting Foursquare, so I asked him to explain via email. It's apparent that Surtees does best expressing his design opinions in type, without the lap dog to intervene. He writes that most buzz about design these days comes from Twitter and blog posts via RSS feeds. "A lot of the time when I see stuff being talked about by other design people, it feels like it is being passed along as something that they may or may not like, but because the name of the person attached to the observation is well known; it adds validation."

Surtees would rather see designers recognizing more measurable achievements. For example, he thinks the site Etsy deserves more attention since it just raised another $20 million. "I compare the mention of Etsy and how they got some new funding to the constant cycle of people mentioning anything that Foursquare does. While I can understand the attention flow that Foursquare gets, I also have to wonder where this is going to lead. I've never bought anything from Etsy but really like what they stand for in terms of creating a storefront for people that might not otherwise have a found a venue to sell their products and talk about their story. The site generates a lot of dollars and I found it interesting that barely anyone took the time to report the success they've recently had." 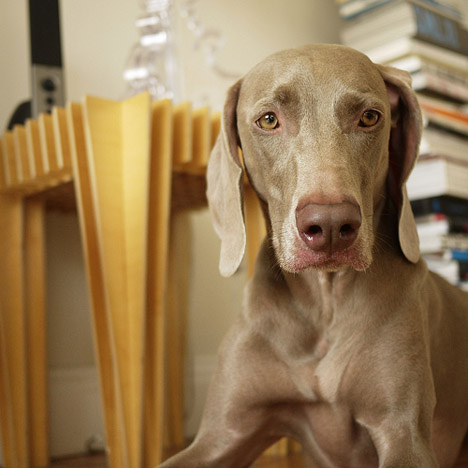 To get more of Michael's gut reactions on design, I later consult his blog, Design Notes where he further explores his nuanced approach to check-in apps with a review of White Label. In the park, Surtees spoke of wanting to see designers embrace technology more quickly and his excitement for the iPad's speed at displaying images and videos. In his blog, you get a sense of his endless search for the next new thing and his willingness to try it all out himself on the hunt for upgrades. However, it's clear that his critical eye is not reserved for Madison for whom he admits buying toys by the box full for her to destroy. "You are such a bad dog," he says joking with a smile as she hops onto his lap for the umpteenth time. Madison grins in response putting the signature weimaraner wiles to good use, and I get out the camera, ready to capture my own Wegman moment. 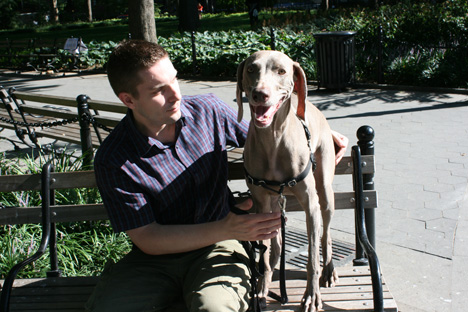 Writer Sarah F. Cox has now interviewed five designers about their dogs. An archive of this series and other crazy dog stories are available on Raleigh Pop.