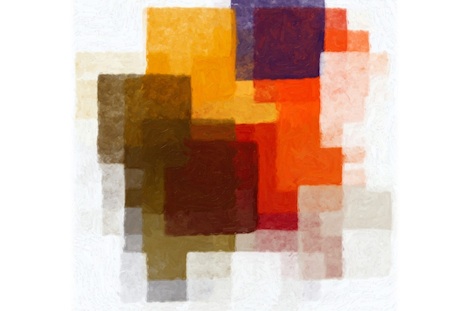 For our last inspiration post, we talked about the power of randomness to shape the creative process, whether supplied by user error or by keeping the additional marks and line used to construct a sketch. As we actually practiced what we preached, sketching in unforgiving ballpoint on bouncy subways, we found ourselves wishing for the Ctrl+Z we'd maligned just a month prior. Still, in our last post, we observed that "loose sketches and unfinished models allow the brain to fill in the blank," and nowhere was that clearer than in the subway, where our rough and light initial sketches almost invariably looked better than the finished product. Of course, the line quality of the roughs is the "loose" holy grail of drawing, and when we tried to put down the finishing touches as the R train barreled into Prince Street, the drawings became not only "tight," but often wrong. In the early sketches (and occasional disaster), now made permanent in a 3"x5" Moleskine, the brain had been filling in the blanks. Our visual processing system does this every day--it's why we're unaware of the optical blind spot and why we see animals in clouds and the face of Jesus burned into toast. So when we'd left a pile of loose sketchy lines on the page, a quick oval for a face topping an arced line representing shoulders, two trapezoid eyes and a triangle of shadow under the nose, our brain filled in the idealized face of the subway passenger across from us and it looked good. It wasn't until the drawing got finished that it became painfully obvious that we'd failed to foreshorten the face sufficiently. The work had become so composed that there was no longer space for the brain to fill.

While disappointing in the subway, both idea generation and incremental improvement can be bootstrapped off of scribbles and the brain's ability to resolve chaos into order. A few quick jots and loops will rapidly resolve into a face or a figure if stared at for long enough, since there are huge portions of the visual cortex devoted to making out faces in the dark and detecting animals in the forest. We find forms in camouflage, and that provides opportunities for art or design. Particularly when drawing from the mind, sketches ought to start loose, allowing the brain to resolve the image where the hand has not. It's only once detail is added that problems can arise, especially when too much of the image is resolved (incorrectly) in one spot, while the rest of the drawing remains sketchy. Working the whole page incrementally and with a consistent level of detail resolution, allows for constant checking of accuracy while allowing the mind to see the potential. When done properly, as the old masters have always known, an artist can guide the eye to the finished areas, and allow the viewer to focus on the face in the middle of the painting and still read the brown blob in the periphery as a fully realized shoulder. The trick they're doing on canvas is mimicking what our visual cortex does to the world every day.