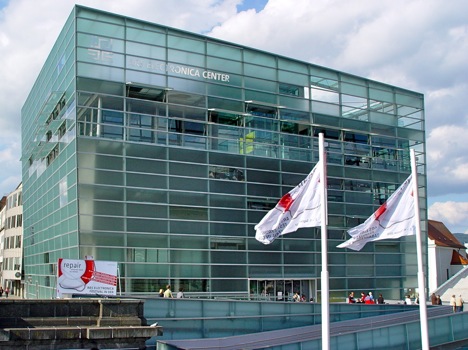 The Ars Electronica Center is the second main location of Ars Electronica 2010. This so called "Museum of the Future" can't be missed due to its striking architecture. The center along the Donau river showcases new technologies to its visitors in order to create insights and learn more about how technology affects our everyday lives. 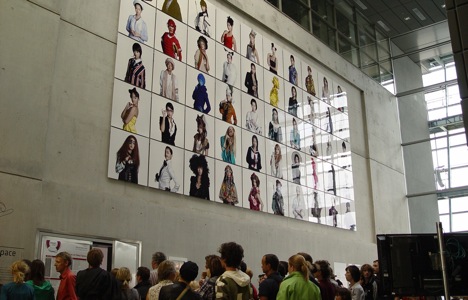 In front of the Deep Space room, people can't wait to meet with ASIMO, Honda's state of the art humanoid robot who is making its Austrian debut this weekend. Especially the lucky visitors which have been chosen to "play" with ASIMO on stage. 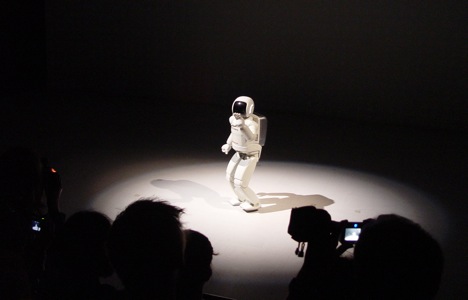 Lots of flashlights when ASIMO says "Hi". Even though the developers say ASIMO has no gender, most people consider him as a him as a little boy (being 130 centimeters tall). After introducing Honda's robot history, a short dance and kicking a soccer ball ASIMO needs to leave the stage for a power refill.

More ASIMO after the jump. 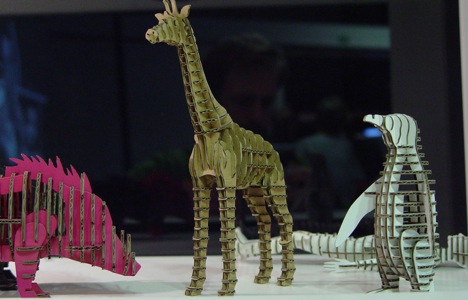 At the lower floor we discover the FabLab where visitors of all ages can make (almost) anything rapid prototyping equipment such a 3D printer and laser-cutter. Many of the technical items are inspired by nature such as these animals. Giraffes living with penguins demonstrates that in a FabLab world anything goes! 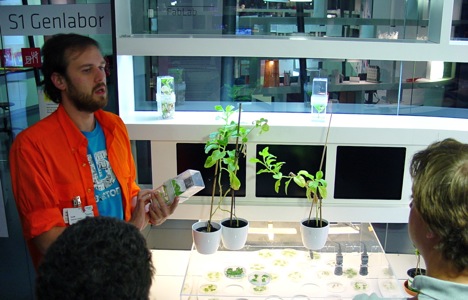 Next door, the BioLab offers visitors a closer look at plant cells and DNA structures with enlargements up to 20.000 times. Themes such as genetic modification are explained in do-it-yourself workshops. Visitors can close their own plants which are grown under daylight lamps to speed up the process. 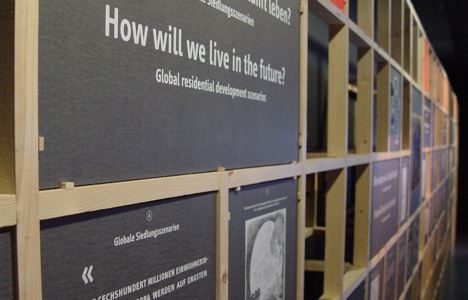 The World In 100 Years is a great contribution to this year's Ars Electronica festival. With a 200-year time span the exhibition looks back at what people about a century ago expected when asking themselves "How will we live in the future?" - and showcases what contemporary thinkers foresee in 100 years from now. 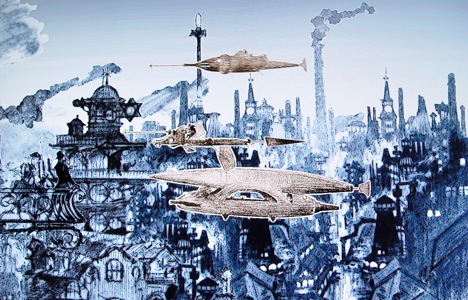 For instance, the flying objects of Albert Robida (1848-1926), a French writer, illustrator and caricaturist, may look funny but his forecasting included a critical eye on the things to come such as a population explosion the associated food problems. 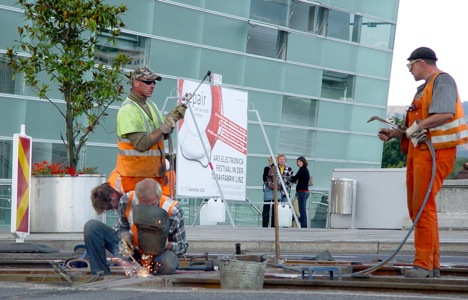 We leave the center with our heads full of future scenarios. Once outside, we realize again that the future is not a thought or dream to be waiting for. The future is to be made, or better, to be repaired - as demonstrated by these workers probably not knowing their hands on contribution to an inspiring REPAIR event.

Ars Electronica is a yearly festival for art, technology and society. This year's theme "REPAIR - ready to pull the lifeline" happens from 2 -11 September 2010 in Linz, Austria. For more information see our earlier blogposts here and here, or check the festival website: Ars Electronica 2010