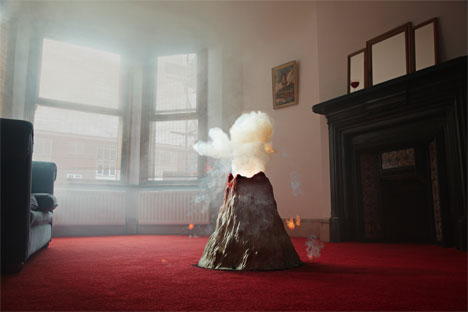 We featured Designer/Performer Nelly Ben Hayoun in our Starting Out series this past August. During the studio visit, she mentioned off hand that she been dreaming of making a volcano (and was mildly annoyed that Eyjafjallajokull had beat her to the punch). She's a fast worker, because this year at the London Design Festival The Other Volcano (yes, Nelly's) will be unveiled at the Sunbury Workshops.

On show is a first ceramic version of the project, a 100 times scale down replica of the Mount St. Helen's explosion, developed in collaboration with Austin Houlsdworth, explosives designer, and Carina Fearnley, volcanologist. 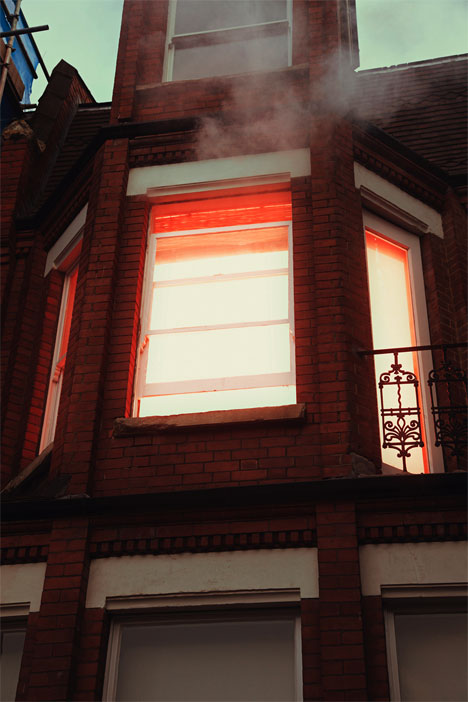 Here's the invitation, direct from Nelly: Do you want your everyday life to go with a BANG? Will being in the centre of one of nature's biggest spectacle of smoke, dust and lava will blow you up? How would you deal with a live volcano in the middle of your living room? Would you ignore it? Would you wrap it up?

See the piece at 29 Sunbury Workshops from the 18th through the 26th of September, between the hours of 10am and 6pm. On September 24th, Nelly, Austin and Carina will also be conducting the Home Chaos workshop, where attendees will learn how to make their own volcanoes from cofee and smoke bombs. Register here.