Robotic window cleaner, but I want a shower-bot 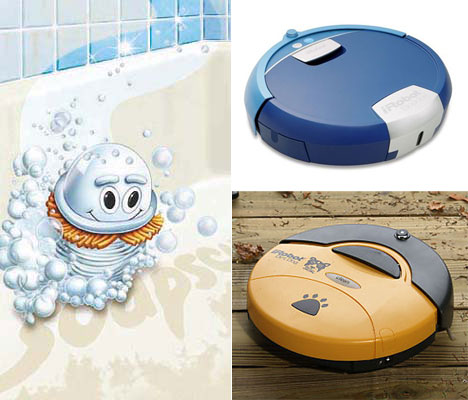 As an avid iRobot Scooba and Dirt Dog user, what I really want to see them invent is a robot that sticks to slick surfaces and cleans my shower. A robot version of Scrubbing Bubbles.

I thought this Windoro robot, from South Korea's Pohang Institute of Intelligent Robotics, would be a first step in this direction as it appears to cling to the vertical glass it's cleaning. Alas, after watching the video you realize it's actually two robots stuck together on either side of the glass, held in place by magnets. It's a cool-looking concept, but impractical for the situation where it would be most useful, skyscraper washing. Given that the windows on many high-rises don't open, attaching the Windoro to both sides would be pretty darn impossible.

Robotic window cleaner, but I want a shower-bot