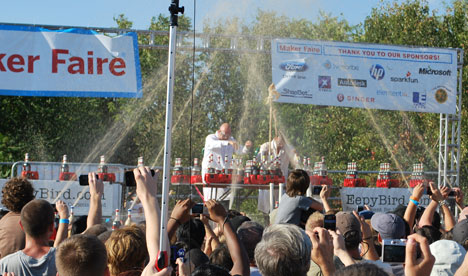 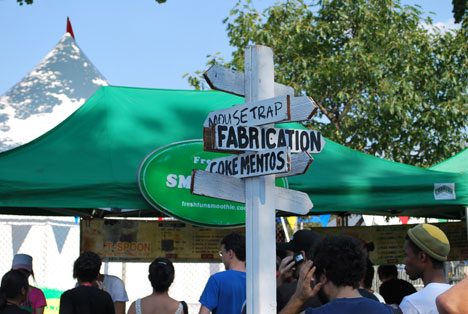 The first Maker Faire NY wrapped up on Sunday, leaving many happy home-tinkering New Yorkers in its wake. The exhibitors and attendees come from a mix of niche groups, but Make Magazine's string of Faires provide the connection for all of these wonderful and nerdy interests. Coexisting in this realm are: technology, crafting, electronics, science experiments, and carnival stunts, all living and somehow making sense together. The connection is DIY culture, but deeper and more simply, the whole ethos that leads to DIY: questioning a given, and messing with it.

Even the showiest events at Maker Faire have this as their core. A performance by ArcAttack and their Tesla coils that shoot lighting was impressive, and they were great performers. But all of their equipment, from the electronics they use and the chain maille suits they wear to conduct lighting were cobbled together, which is all part of the charm. (In this video of ArcAttack, check out the foil around the goggles, and you might spot a paperclip holding together part of the guy's headgear.) 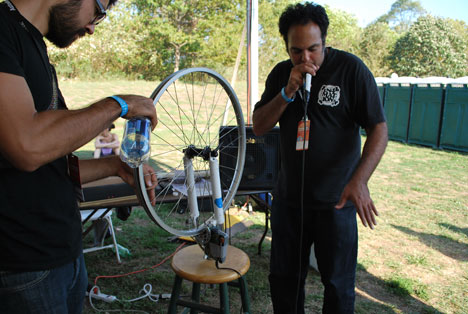 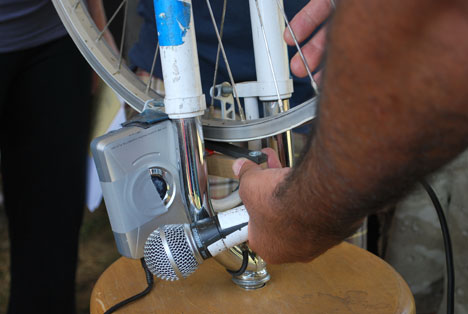 Cobbled-together experimenting: take stuff you like, break it open and re-jigger it, combine it with other stuff you like, and repeat. Adam Matta's beat box and bicycle wheel project is a perfect example. Matta said simply: he likes bikes and music, and always wanted to make music with his bike. So, he wound magnetic tape around the hub of a bicycle wheel, constructed a simple scratch mechanism, attached a Walkman, mic and amp, and he has a bike wheel to scratch like a record while beatboxing. 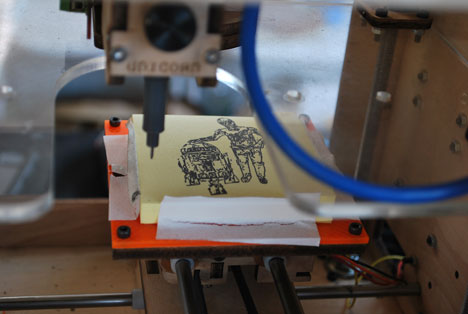 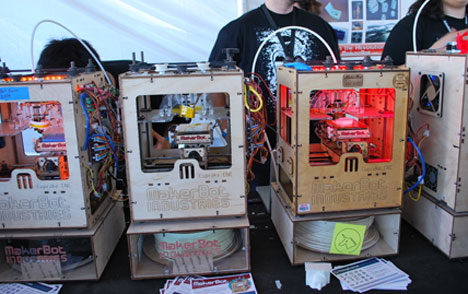 The 3d printer tent showed off this resourceful ingenuity within the structure of rapid prototyping. Several Makerbot and RepRap at-home printing kits were on display, all manipulated from the basic kit set to produce different results. A few were shown printing simple plastic structures, while others had a pen inserted as a tool and created detailed drawings. Lasercutters, hobby vacuum formers, and ShopBot CNC machines were all shown in-use with examples of what the machines can create. The assumption that the machines themselves can and should be hacked is blatantly on the table and entirely encouraged. 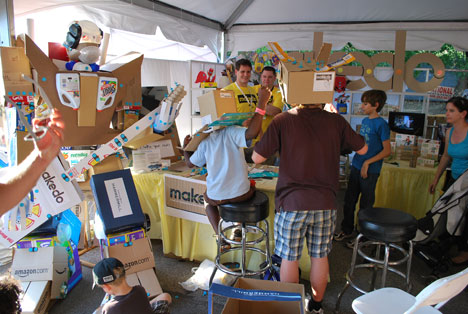 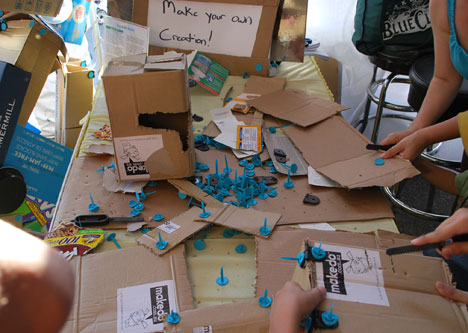 Another great example of the encouragement for making was the MakeDo booth. MakeDo is a new kind of Lego: a kit of parts serving as connectors for creations made from recycled cardboard and other cheap, readily-available materials. The kits wisely build on the concept that if you give kids a fancy new toy, they'll be bored in an hour, but give them a cardboard box and they'll play all day. Kids, and maybe all of us (as proven by the Maker Faire), respond best when given the tools to find the answer rather than the answer itself. 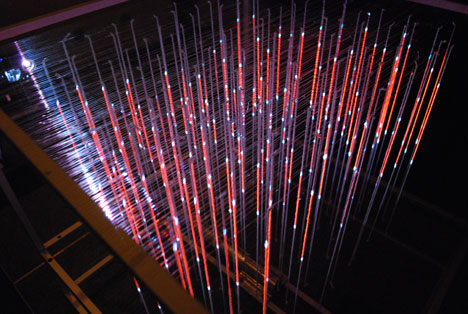 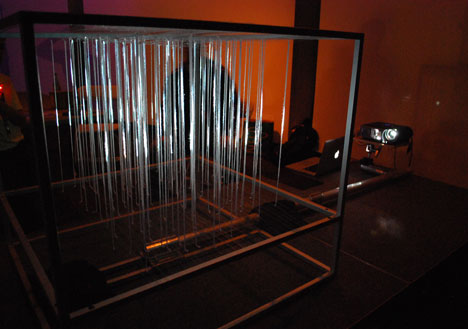 Another highlight, the Lumarca, is a system that projects 3d volumetric content onto a string lattice. The Lumarca is refined and seemingly complete, but remains in-process as its driven by a frequently updated open source library of possible projections.

Open source is one of the best things to came along with Make and the ethos of experimentation and tinkering, and to our delight, it has persisted. In every area of the Faire, there were open-source projects, made available for sharing because each guy wants to see what the next guy will do with it. Again, it's the tinkering, not what's being tinkered with, that's essential.