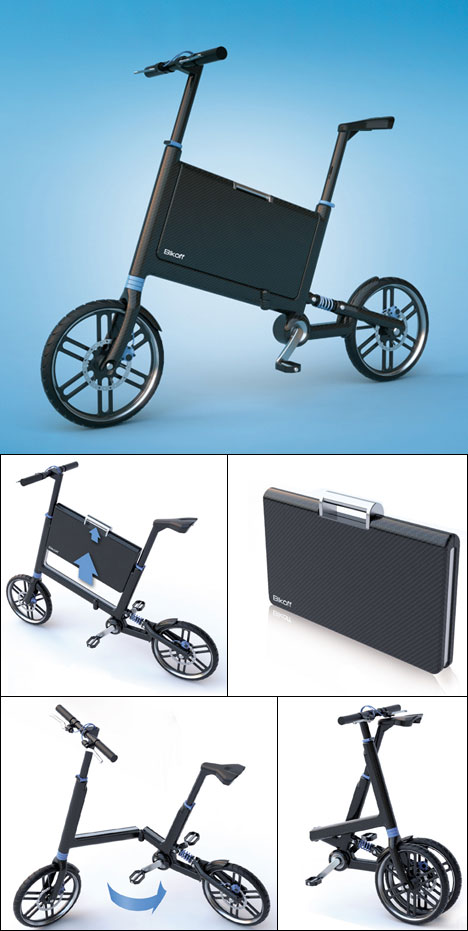 Several blogs have published shots of Argentina-based Marcos Madia's Bikoff concept, a shortlisted finalist in the Seoul Cycle Design competition as shown on Design Boom. However, there seems to be some confusion, as some other blogs are mistakenly claiming the bicycle is intended to fold into the briefcase itself. That's neither accurate nor is it the point of the bike. As Madia explains [italics ours],

You can check out the rest of Madia's book on Coroflot.