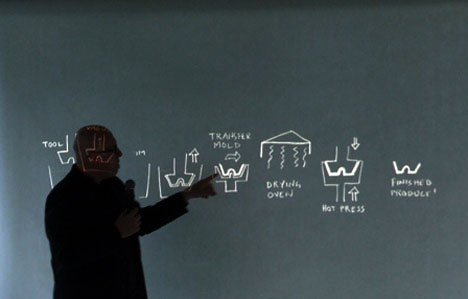 One of the first talks of Vienna Design Week was by Eero Koivisto, one of three partners of Claesson Koivisto Rune, a Stockholm based architecture and design practice that was founded almost 17 years ago.

Based in the Kunsthalle, the hub of the design festival, and part of Design Week Laboratory talks, Koivisto shared the ups and downs of designing and developing products. He introduced a number of past projects from their portfolio illustrating the breadth and depth of experiments, prototypes, and manufacturing successes and failures that go into developing any new product. 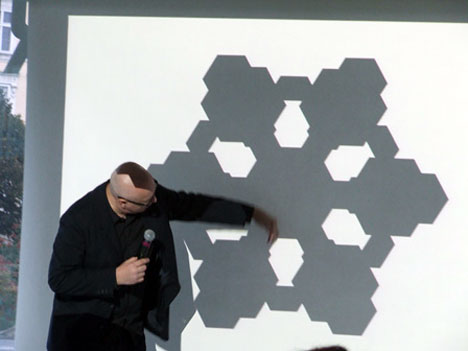 Inspired by a book written in the 30s by nineteenth-century photographer Wilson Bentley entitled 'Snow Crystals,' Eevo explained how the uniqueness and abstraction of a snowflakes structure encouraged him to work with computer programmers to create an unlimited series of one-off snowflake like CAD models. The model was then connected to a milling machine and the algorithm ensured that a new snowflake pattern was generated each time the machine cut out the tabletop. In this way, the table is machine made but no two tables are alike. Each new table design was programmed every 5 seconds and they have now reached 4 million unique shapes. The Snowflake tables are developed for OFFECT. 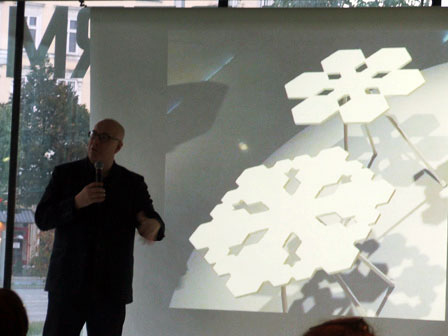 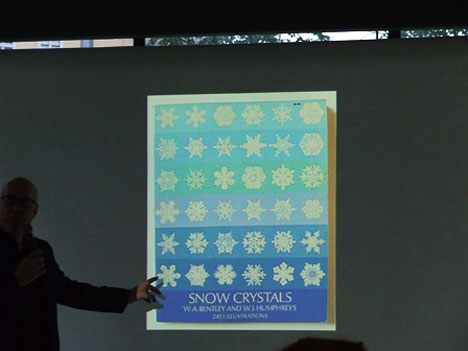 With the aim to design and market an affordable chair they began to look for the cheapest manufacturing processes. They ended up working with egg box paperpulp producers and as Eevo explained, after a number of years of experimentation and failing to find a chair structure that was strong enough to carry the weight of an adult, they decided it was easier to make a child's chair. With investment from the Swedish government and with the help of working with factories all over the world they have now created a waterproof, durable and stackable child seat using a new material they called Durapulp. 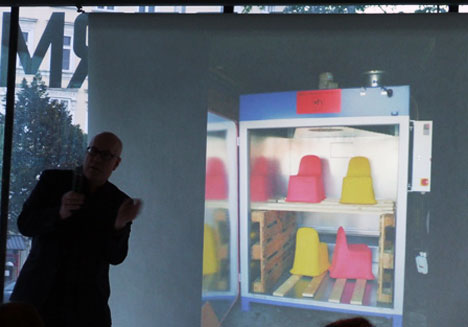 As a result of this new bioplastic material, CKR developed an LED task lamp for Sodra made by laminating the material together in an aluminium mould. They continued to find ways of reducing parts and cost by embedding the wires that connect the led bulbs with the transformer in to the melted biomaterial itself. The paper task light won a Swedish design award this year and was released at the Milan Furniture Fair earlier this year. 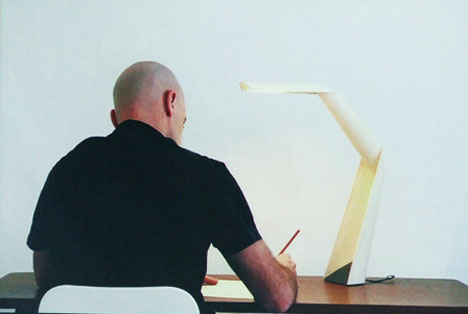