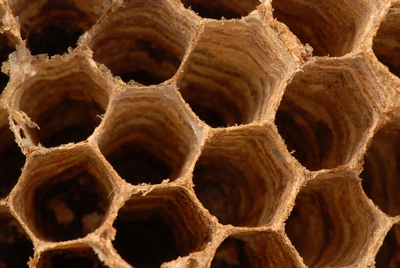 In exploring this series on inspiration, certain recurrent themes come to light. We've repeatedly stressed that inspiration shouldn't be thought of as coming from a sudden divine jolt. Indeed, surrendering inspiration to forces beyond our control would imply a near nihilistic randomness to success. That's good news and bad news, because it implies that we can actually work toward inspiration. But right there is the bad news. Inspiration doesn't come magically; it requires hard work.

Nowhere is the amount of work that's required for progress made clearer than in the natural world. In his book Out of Control, Kevin Kelly quotes David Ackley of Bell Labs as saying "I can't imagine any dumber type of learning than natural selection." So that's the good news. If natural selection can create brains smarter than computers, wings more efficient than planes and tongues as sharp as mass spectrometers, then there's hope for even the densest of us. The trouble is that none of us has 3.5 billion years to experiment.Unlike natural selection, however, our efforts can be focused. Rather than having only one lesson to teach (death), a human being can weigh the outcomes of an experiment and change direction in leaps and bounds. Human scientists can behave as bluntly as Edison, who famously proclaimed "Genius is one percent inspiration, ninety-nine percent perspiration," or Tesla, who observed (about Edison) that, "knowing a little theory and calculation would have saved him ninety percent of his labor." We guess that would leave genius as one percent inspiration and nine percent perspiration, but few of us are quite that gifted. Instead we can take the example of nature (or Edison) as a lesson reinforcing just how profound the power of iterative improvement can be as long as the tester can identify which iterations represent improvements over prior work. In some cases, however, we can perhaps approach Tesla's hope, not through theory, but by observing the successes of nature directly. That burgeoning field, biomimicry, allowed George de Mestral to invent Velcro after watching seed burrs cling to his dog's hair, and years later allowed modern scientists to use the van der Waal forces between tiny flexible fibers to cling tape to surfaces without using glue...just like the feet of a gecko.

Although Kevin Kelly might explain it with far greater poetry, a major reason that more natural processes aren't mimicked in man-made products is that biology employs a systems approach using lots of tiny little particles, and much of manufacturing occurs on a large scale. With the dawning of rapid prototyping, however, some designers are giving up small-scale design decisions to computer programs that mimic the natural world. This mode of thinking lets them craft cars more streamlined than Loewy (who also took inspiration from the natural world) and stronger structures like Joris Laarman's Bone chair. In the not so distant future, industrial designers may function as biomimics, embracing the iterative power of evolution to craft superior objects, but with a conductor's eye to guide that process in ways the natural world never could.