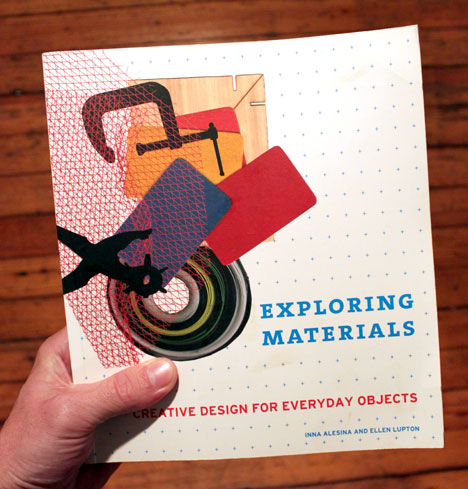 Every year, new books come out for industrial designers and architects to familiarize themselves with the abundance of new materials they can probably barely afford to buy (see Emerging Technologies and Housing Prototypes or the Transmaterial series). Well, Inna Alesina and Ellen Lupton's new book Exploring Materials is absolutely nothing like that. Instead of glossy double page spreads of avant-garde materials accompanied by highly technical descriptions of their properties, readers of Exploring Materials are given a guided, almost hand-held tour through an exhaustive list of broad material categories along with tips and tricks on their use. Although the back of the book proclaims that it contains "everything designers need to not only jump-start their design process, but also follow a project through from idea to prototype to finished object," it doesn't quite feel like practicing designers are the target audience (and that may not be a bad thing). 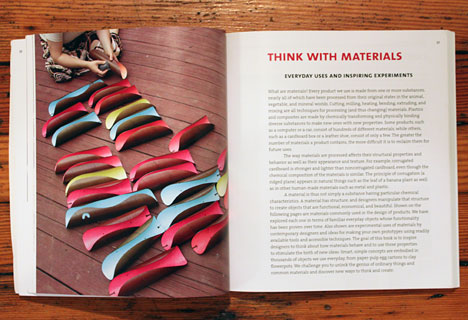 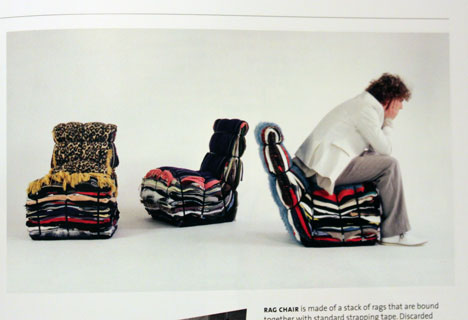 Perhaps more aptly, the introduction explains that it is a book intended for students, designers, artists and anyone interested in making objects. Because most of the work presented inside is student work, and Alesina is a teacher at the Maryland Institute College of Art and the book is called "exploring" materials, a DIY aesthetic pervades its pages. At the same time (and perhaps as a consequence), the authors have such an encyclopedic knowledge that almost every material is likely to have at least one tip in a sidebar that most practicing designers probably didn't know. Perhaps if your specialty is felt, you'd know that it's easier to cut when it's frozen. That said, it would be unlikely that a felt specialist would know that shaping soft foam can be accomplished by bathing it in hot water and then allowing it to set in cold water. This reviewer knew neither, but Alesina and Lupton are happy to teach that and more. For a DIY enthusiast, the variety of materials and the wealth of tips and tricks would be an utter revelation, but even for a seasoned product designer Exploring Materials is likely to provide enough tips and tricks to make it worth their while. 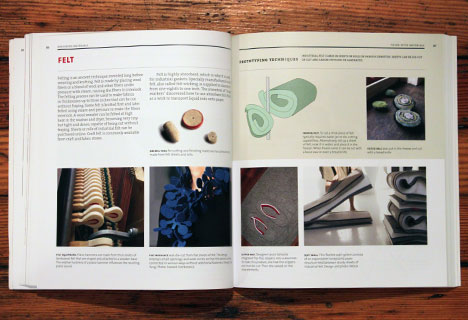 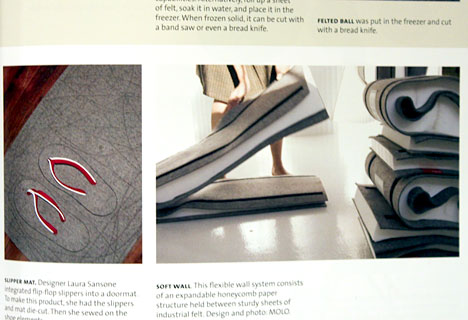 Perhaps because the intended audience is so broad, Exploring Materials contains an odd duality. One page will include extraordinarily simple exercises involving woven fabric, and the next an example of potentially dangerous plastic blowmolding. Early chapters include student work at the prototype level, while later chapters show highly finished and professional products. Portions of it read like a how-to guide for home hobbyists, but its coda includes some of the clearest advice on topics as varied as securing intellectual property to how best to scale up a startup. We read Exploring Materials from cover to cover, but it's pretty clear from Lupton's graphic design (she's a pro) that it's not exactly meant to be read in one sitting. Instead each section is clearly demarked with huge topic headings, body text on a clean grid and sidebar commentary that can be read in the context of the section or as a standalone thought. Exploring Materials has enough content that it could be read as different texts for different audiences. Basically an ID course in materials in a book, students and potential students could use it as a foundation or as a resource, while professionals in practice could look to each chapter for tips and tricks. Finally, even those of us jaded enough to think we know it all could use it to revisit the sorts of wide eyed exploration of the world that we did as kids (or art students). 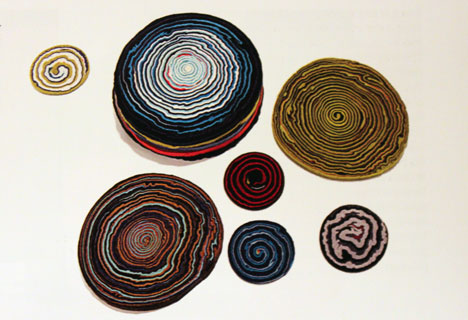 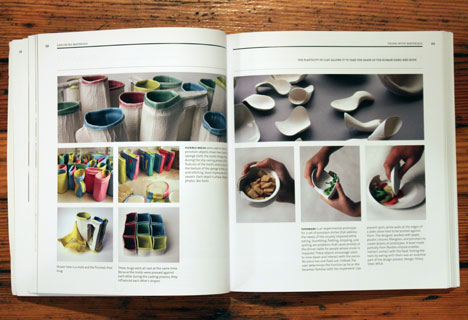