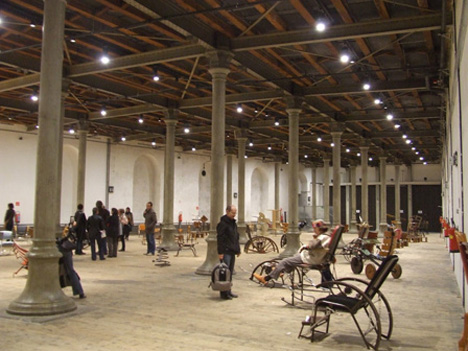 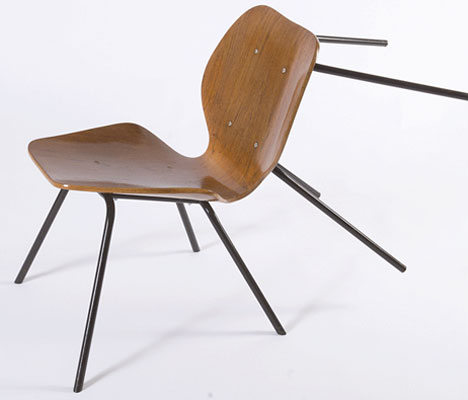 The majority of the events and exhibitions on show here in Vienna during its design week are set in beautifully historic buildings that have been designed in the 19th or early 20th century by (in)famous architects such as Adolf Loos, Josef Hoffman, Otto Wagner or Gottfried Semper.

You Take a Seat, I Take a Picture by Helmut Palla is set in the breathtakingly huge exhibit space at the Vienna Academy of Fine Arts Atelierhaus which used to be the Semperdepot, built by Gottfried Semper and Karl Hasenauer. From 1874 through 1877 it served as a backdrop for theatrical stages. 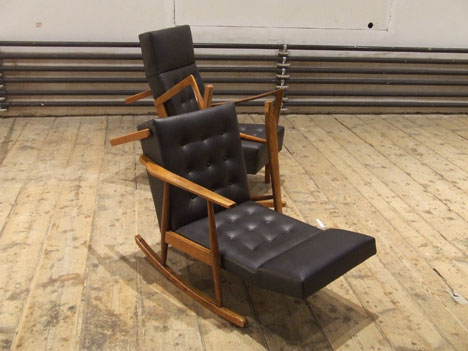 As a way to record his collection and enable people to take part in the exhibition, Palla has set up a large photographic studio space and asks each visitor to choose their favourite chair and 'take a seat'. His intention is to record his complete collection and create a catalogue that will initially appear on Facebook and eventually be printed a few weeks later. 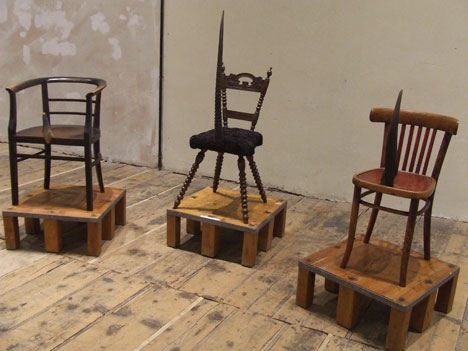 Someone showing work in a place like this could easily be intimidated, but Helmut is an artist and designer (he calls himself the Chairman of Turniture ) who, since the late '80s, has made over 60 objects using reclaimed chairs and other types of seating. Now, there's enough furniture to fill the entire studio floor. 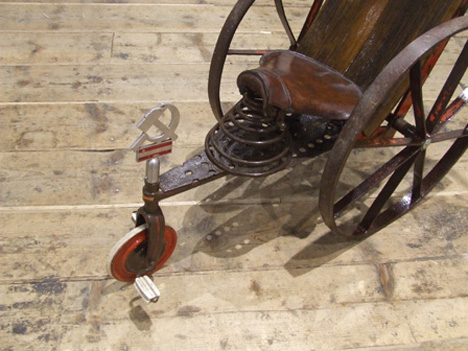 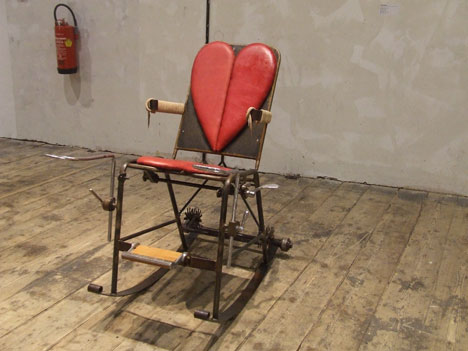 Palla's first object was inspired by the genealogical chairs his father used in his medical practice when Palla was growing up.

He calls the pieces 'chair seating objects' which is exactly what they are—you can sit on them in anyway you like. Each 'chair seating object' has been created using different configurations that re-appropriate the chair into a different seating position, encouraging people to interact with the object and create a new bond with it. When we asked how he created his seating objects, he explained that he lets the geometry of the newly found chair 'tell him' how to manipulate it. 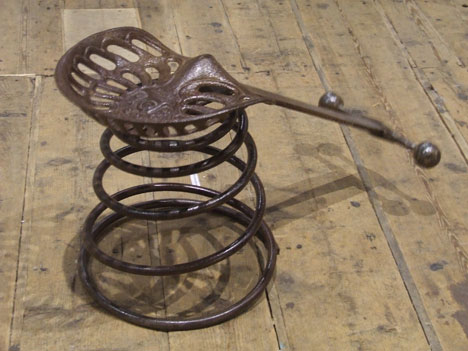 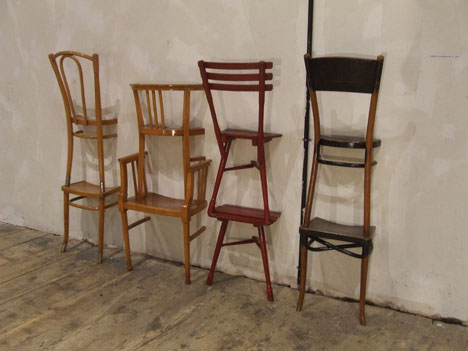