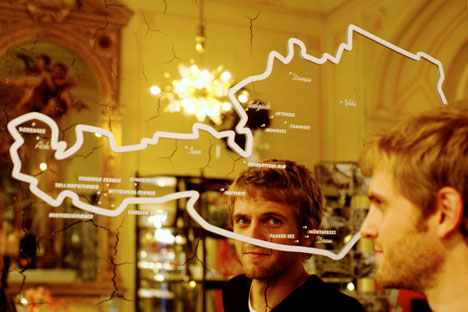 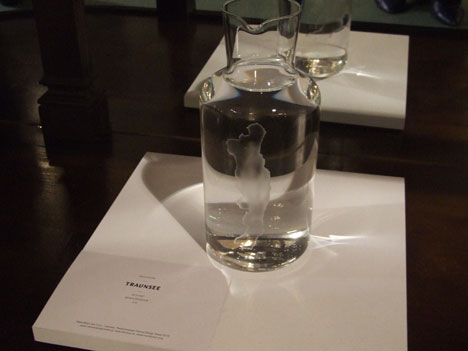 Mark Braun, a designer based in Berlin, collaborated with J&L Lobmeyr as part of the Vienna Design Week's Passionswege - an initiative to bring emerging designers to work directly with local Viennese manufactures or retailers and create on-the-spot experimental projects and interventions.

Braun spent a few months working with the glassmakers and engravers of Lobmeyr to explore the possibilities of creating a functional product that would also comment on its value. As he explains in the video he worked with the copper wheel engraving technique - a long traditional technique used to personalise glass object at Lobmeyr - to realise a series of water carafes that each have been decorated with the outlines of 21 Austrian lakes, rivers, and glaciers. The sum total of these substances together represent the ultimate symbol of the essential wealth of everyday life. 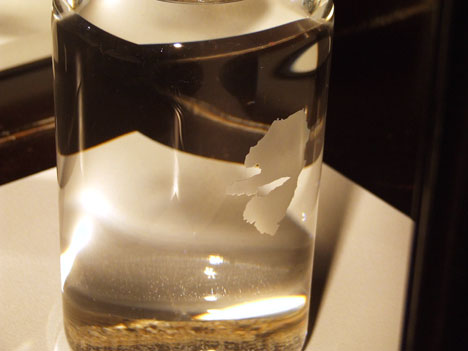 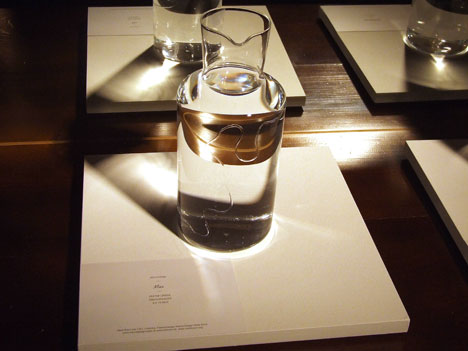 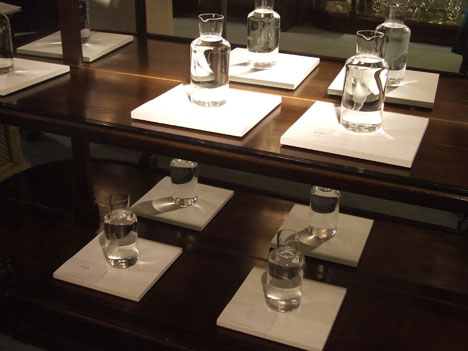 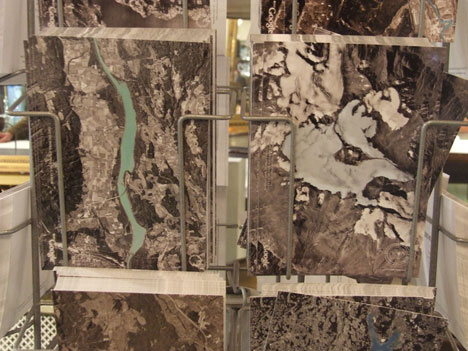 The resulting presentation of this work is entitled 'Reichtum' [Wealth] where a number of the carafes have been filled with original spring water and placed on traditional display cabinets. Each carafe is displayed with its own corresponding GoogleEarth postcard detailing the name of the Austrian water that has been engraved on to the carafe and the time of the engraving.

Braun discusses his collaboration with Lobmeyr, from the projects conception to working with glass etching experts.

I believe that an everyday object that helps you throughout the day is even more special if it is some how personal to you - so you can see some story behind it. This object is more than a water pitcher, it makes people think about the importance of water when they see the shape or symbolic reference of a lake or a river that they may recognise. Design and identity is still very much missing in mass production. Identity is more than a brand, of course identity is linked with branding, but identity can be linked with an emotional side, an intellectual side. It's about finding the special traces within an object that may act as a mirror of your own character. Identity as well as function and resources are key themes that run throughout my work.

Mark Braun has been running his own design studio in Berlin since 2006. Projects for clients include Authentics, PHILLIPS de PURY, Northern Lighting, Raumgestalt, and many others. His objects have received a number of awards, such as the design plus award for his china service 'FUSION' and the Interior Innovation Award for his lighting series 'Lingor'. See his Pyrus paper pulp Light from London Design Festival 2009 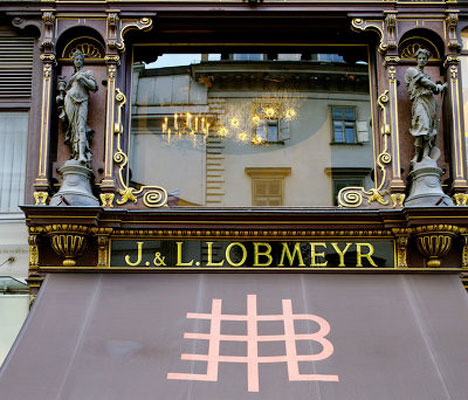 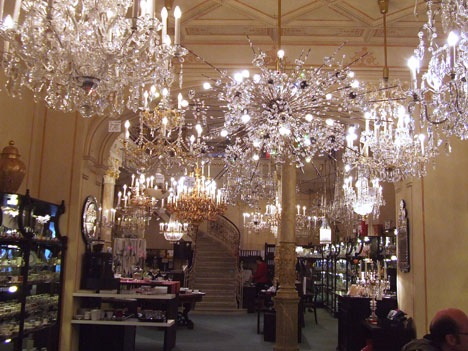 Inside the J& L Lobmeyer store

In 1823, master glazier Josef Lobmeyr opened his first small glass business in Vienna. Six generations later, the business continues its work on making the secrets of glass understandable. Renowned designers such as Josef Hoffmann, Adolf Loos, Ted Muhling and Max Lamb have worked with the company to create classics through finest craftsmanship that are prized worldwide by people with keen tastes.