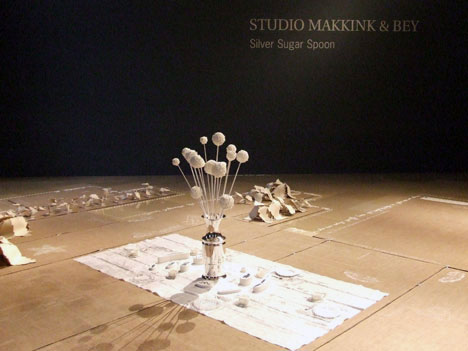 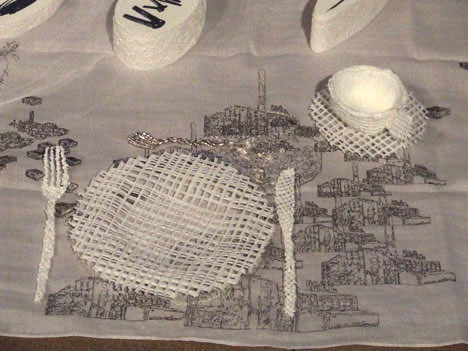 Studio Makkink & Bey were asked by Vienna Design Week to create new work for an exhibition on table culture entitled 'Baroque Splendour and Stainless Steel. Table Culture with a Past and a Future.'

They proposed tableware and products in answer to the Habsburg valuables found in the Imperial Silver Collection at the Liechtenstein Museum—a museum exhibiting masterpieces covering five centuries of European art from the collections of Prince Hans-Adam II of Liechtenstein. The show is staged in the special exhibition galleries of the museum until 15th November 2010.Studio Makkink & Bey gave a critical response to the brief and explored the history of sugar, its cost to manufacture and import both today and during the colonial powers of previous centuries. Sugar used to be equally valuable to silver and many affluent citizens were eager to display their wealth by presenting centerpieces entirely made of sugar and by treating their guests to extravagant desserts.

The design studio became a temporary sugar laboratory to test and sketch out objects before casting them in silver. They worked closely with traditional Viennese silverware makers Jarosinsky & Vaugoin and the former court confectioners K.U.K. Demel to create a collection of six tableware sets both of which used to serve the Habsburg family during their reign. The Silver Sugar Spoon exhibit is a 'frozen scenery of a dessert ceremony in a sugar beet field.' 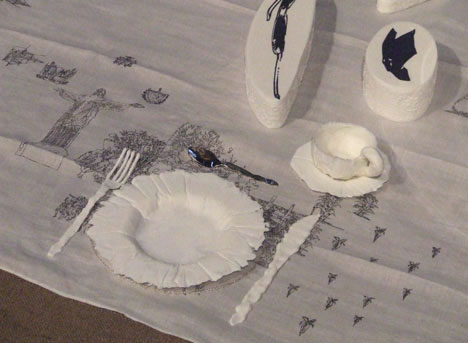 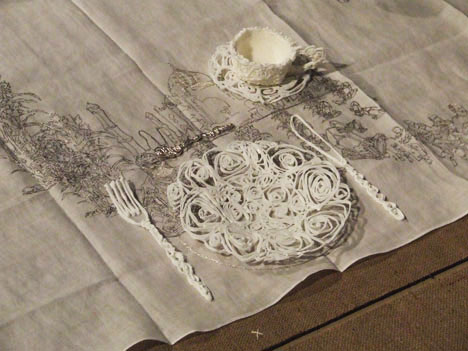 The collection was laid out on to a tablecloth embroidered with images and quotes depicting the history of sugar. A carpet of forty two square meters lies around the tablecloth and according to the text is 'equivalent to the forty-two kilos of sugar consumed, per person in Austria every year (each kilo of sugar requires one square metre of ground to be produced)' 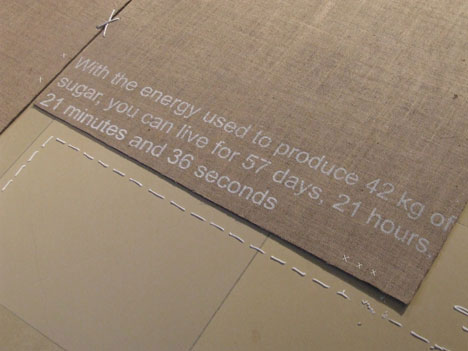 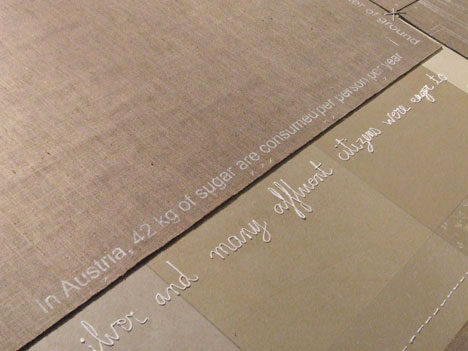 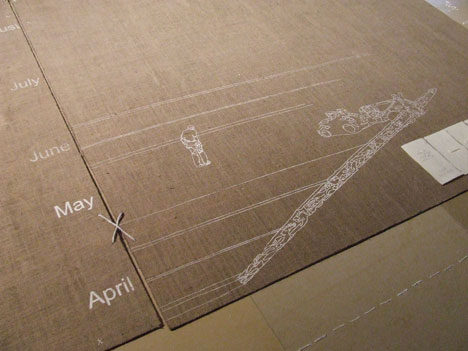 In the centre of the installation is a large vase containing a flower arrangement made purely from sugar. Even the silhouette of the vase reflects the shape of a desert spoon. The vase in the centre of tablecloth creates an optical illusion and transforms the deformed imagery set around the vase into its original form ( an optical illusion known as anamorphic rendering).