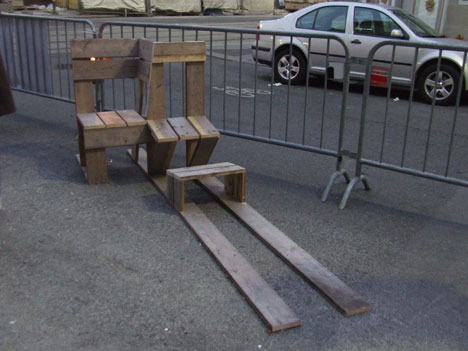 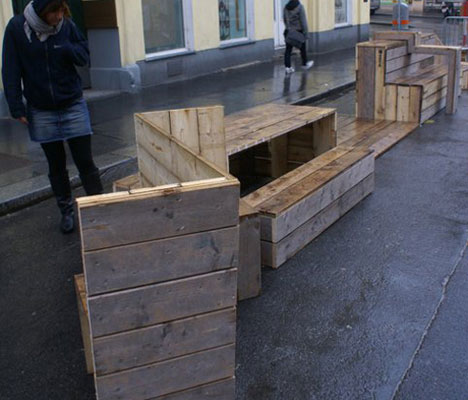 The development of the Everybody's Bench

At the beginning of the Vienna Design week, Milan-based collective Esterni began a ten-day intervention on the streets of Vienna. Specialising in developing cultural exchange projects in public spaces since 1995, Esterni took over the Palffygasse in the Hernals district of Vienna and created, with Patrick Hubmann,

Everybody's Bench is a public design intervention aimed at creating a public arena to stimulate the exchange of new ideas. It will consist of a long wooden bench that will eventually extend all along the Palffygasse, offering people a place to sit, relax, rest, organise small presentations, exhibit their own projects, live, and enjoy the public space. 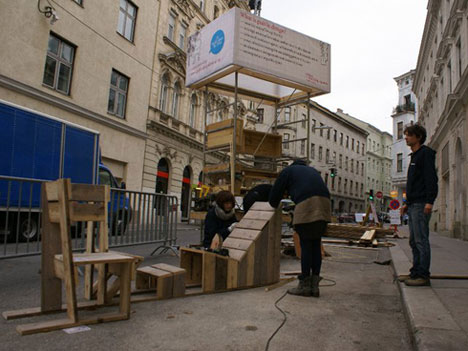 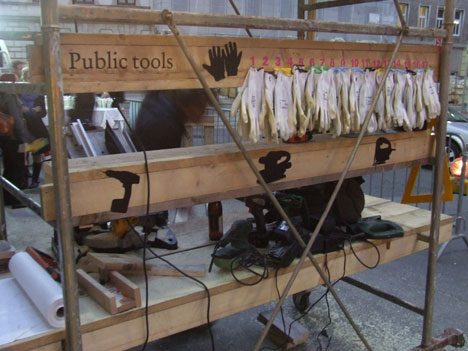 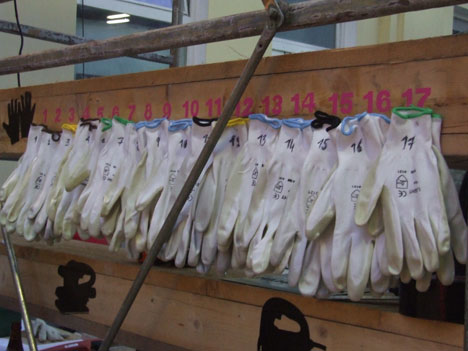 Public Tools workstation for passers-by to design and construct their contribution.

What is particularly interesting about the set up of Everybody's' Bench is the 'Public Tools' small workstation at the end of the street. Individual pairs of gloves and vinyl stickers depicting what power tools are available are attached to the workstation allowing passers-by to get involved in the design and construction of the bench with the help of the Esterni team. 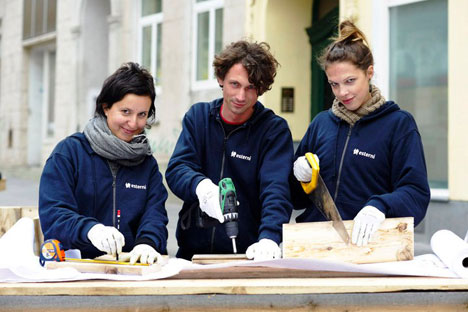 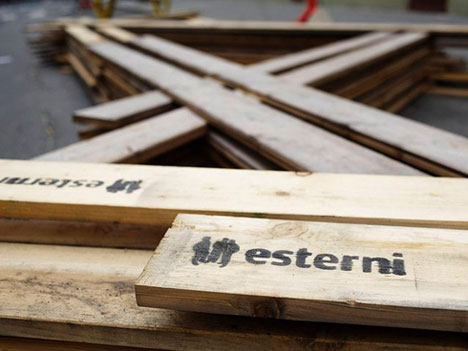 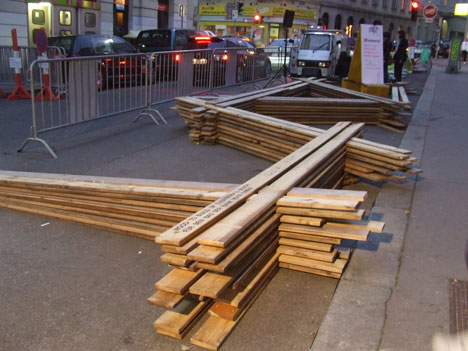 Materials provided with the support from Austrian Federal Forests

The bench will gradually grow longer during the week, and on Saturday, 9th October, the last project day, there will be an auction of bench elements from 4 pm. See updates on their Vienna Design Week tumblr site. 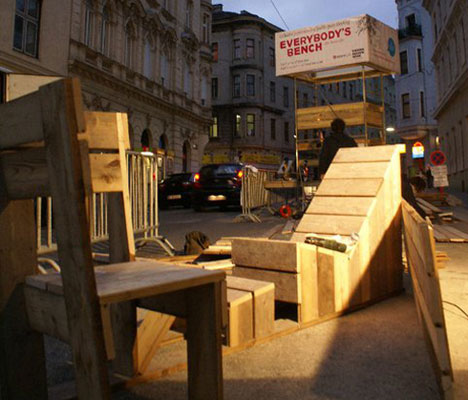 Check out our coverage of the Esterni Public Design Festival from 2009.