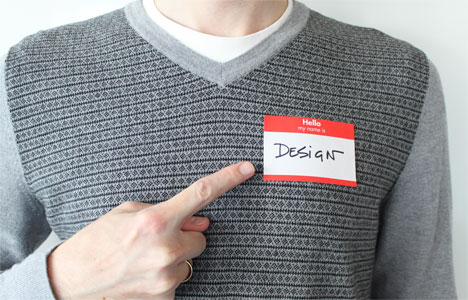 A few months back, on this forum, Don Norman wrote a great piece that drew back the curtain on the ever-expanding blur that is design thinking. Norman's piece eloquently articulated a number of criticisms surrounding design thinking, but as I thought back on the article, I couldn't help but feel dissatisfied. For all the chatter the piece solicited, there was something left unsaid; something insinuated but not pursued. This fact gnawed at me for months, but I think I've come to recognize the source of my discomfort. Buried deep within the messy cloud enveloping 'design thinking' is the ever so faint echo of design's deep-seated professional insecurity.

So many design articles today seem content to throw the intuitive core of design under the train of its more rational self. They imply, by varying degrees that design fits neatly into two camps: aesthetic pursuit and intellectual analysis. Just as prevalent are the pieces that chastise design for purporting to own creativity. From where this perception arose—I have no clue. Perhaps it's the unintended consequence of selling design process (aka creativity) detached from the pedestrian world of results. Design and designers may have a lot to apologize for, but their advocacy of creativity is surely not one of them. If design is guilty of annexing creativity more effectively than other professions, so be it. There are worse accusations I can imagine.

Where did all this noise begin? Why is it that design, all these years on, consistently finds itself on the defensive? Compulsively seeking to legitimize itself? The reasons are numerous. In part, this state of affairs stems from the fact that, unlike engineering or architecture, there is no process for professional qualification in design. While the pros and cons of this have been debated to the point of boredom, it's clear that the lack of standardization informs design as much as it limits it. Having gone back and forth on this issue any number of times, I cast my vote squarely for the loose structure that has come to define the profession. Why? Because design thrives on ambiguity, and this less than perfect pedigree endows design with the flexibility it needs to steer clear of institutional thinking—a competency increasingly as in demand as creativity itself.

But ambiguity is hard to sell, and this brings us to the second culprit behind design's perennial posturing: entrepreneurialism. Anyone who has spent time in design consulting knows that the mechanics of the business require you to identify some readily understood value proposition; the elevator pitch. Something you can present to your clients (potential or otherwise) as the thing that distinguishes your organization from the other guy. This is natural enough, and if you're successful at this, and your results align reasonably well with what you're selling—you can indeed run a nice business (2008 - 2009 notwithstanding). But what happens when your value proposition becomes the same or similar to that of your competition? Well, then you need to reposition that offering. So it is that the 'black-box' of design is disassembled and demystified obsessively into narrower and narrower spaces. Likewise this constant revisionism can just as easily lead in the opposite direction, toward abstraction; blithely driving design into territory where it is invariably exposed as naive and unwelcomed (see Kevin McCullagh's recent post). To me, both paths are corrosive because they deform the practice of design into a coalition of sorts; one that ultimately weakens the profession by distorting it beyond recognition.

To be fair, design thinking and the rest of the vocabulary we've created for design hasn't been without purpose. It's helped. Design today has entrée to a range of audiences it might otherwise never have had access to. But enough's enough. Let's claim our messy bits. Design IS thinking. Pure and simple. It may not be as ready for the boardroom as design thinking, but it's the truth. Design derives its power and ultimate relevance by the way in which it artfully blends logic and intuition. The enduring truth of this fact is brought home to me every day when I enter our offices at TEAGUE. Here is a design organization founded 84 years ago by a man who paved his own course from commercial illustration to product design before arriving at the nascent field of aviation design. Was he selling design thinking, user-centric design, or universal design? I doubt it. What he was doing was employing his curiosity, talent, and intelligence to explore an ever-expanding range of problems. And Walter Dorwin Teague wasn't unique. Dreyfuss, the Eames', Buckminster Fuller, Achille Castiglioni and a host of other giants achieved their impressive results by employing the same dogged pursuit of opportunity through design—the intuitive as well as the rational; not by making excuses for it.

Design IS thinking. If we as a profession can't muster up the confidence to sell that with conviction - who can?