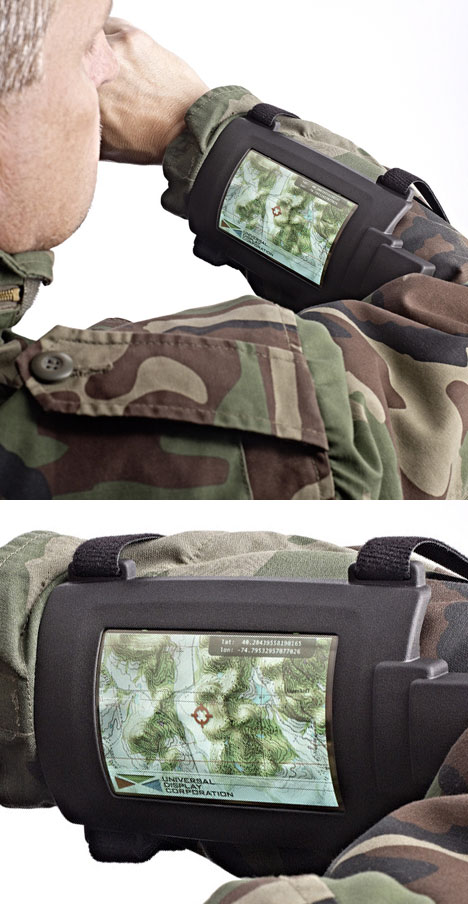 Right now one of the things holding back the possibility of flexible or even rollable screens is the juice required to power them. But a company called Universal Display Corporation has recently developed a display technology called PHOLED, or Phosphorescent OLED, that's reportedly four times more efficient than a regular LED display. They were able to build a 4.3" PHOLED onto a thin metal foil, in turn built by LG Display, making a flexible wrist-mounted screen that can display full motion graphics and has reportedly been ruggedized (in an unspecified way); the reduced battery requirements of the technology should lead to truly wearable displays.

Unsurprisingly, the U.S. Military is getting first crack at the devices, as eight of them have just been submitted to an Army R&D branch for evaluation and testing. Presumably, soldiers will be able to use the tech to help save or take lives, depending on the situation, then down the line you'll be able to use it to Tweet that the guy next to you on the bus doesn't smell so good, or you can take us all out of suspense and finally Facebook Update on what you had for lunch, et cetera. Can't wait!