Call for Entries: Building the Internet of Things 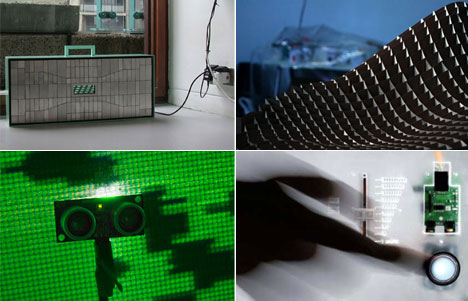 The newly established IDAT, the Institute of Design, Art and Technology of Barcelona, has begun a new series of interaction design competitions, beginning with the theme "Building the Internet of Things," a call to imagine the reailty of networked products and systems in the 21st century.

The term Internet of Things has come to describe a number of technologies and research disciplines that enable the Internet to reach out into the real world of physical objects. Technologies like RFID, short-range wireless communications, real-time localization and sensor networks are now becoming increasingly common, bringing the Internet of Things into commercial use. They foreshadow an exciting future that closely interlinks the physical world and cyberspace—a development that is not only relevant to researchers, but to corporations and individuals alike.

The idea is as simple as its application is difficult. If all cans, books, shoes or parts of cars are equipped with minuscule identifying devices, daily life on our planet will undergo a transformation. Things like running out of stock or wasted products will no longer exist as we will know exactly what is being consumed on the other side of the globe.Though the international competition is open to all, the prizes are slightly confusing: two scholarships to the IDAT's Masters in Interaction design and one grant which will cover the production of a networked working prototype of the idea at the Fab Lab Bcn. We're not sure if this means you are instantly admitted if you win— clarification to come. Selected projects will go on show a tthe Barcelona Design Museum and published by Actar.

Call for Entries: Building the Internet of Things