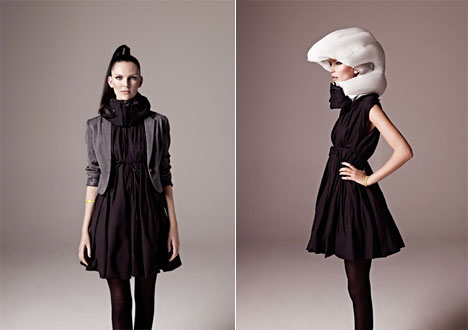 Anna Haupt and Terese Alstin's Hövding bicycle helmet blew our minds this morning—it works like an airbag, inflating immediately before impact from a shawl-like collar worn around the neck. The name translates to Chieftan. after the headdress-like form the helmet evokes when open. In our opinion, it's got a fantastic Hussein Chalayan thing going on as well.

You're probably feeling skeptical right about now. Does it open reliably? What happens if you have a hoodie on? Does it provide enough protection? Well, concerning inflation and protection, at least, they've been dilligent, providing the following test video of a 20km collision between a car and a crash test cyclist. We admire that the two have come so far in making this thing real. 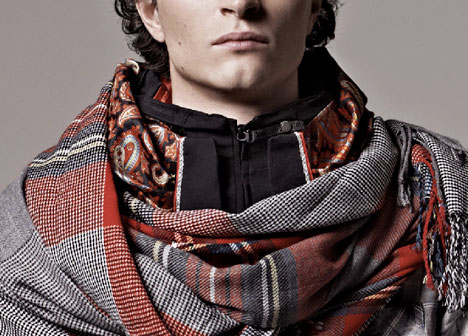 In 2005 Anna Haupt and Terese Alstin were industrial design students at Lund University. At the time, a Swedish law had just gone into effect requiring helmets for all cyclists up to age 15, and there was talk of extending the law to cover adults as well. Haupt and Alstin observed that no one was interested in wearing bicycle helmets, and their survey results indicated it was because helmets were seen as bulky, ugly, cumbersome and unstylish, among other reasons.

Haupt and Alstin responded with a weighted collar embedded with movement sensors and a gas generator; the kind of thing design students sketch without having any idea how it might actually work. Kudos to the duo, pictured below, for working it out. After more than five years in the making, their Chieftan concept is now going into production, with a twelve-person company built around it. 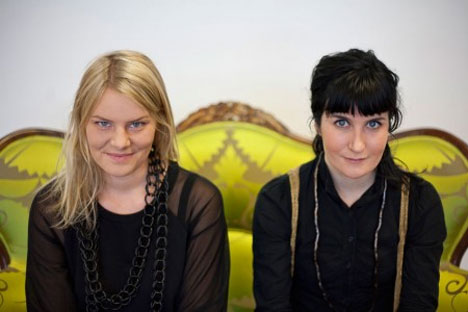