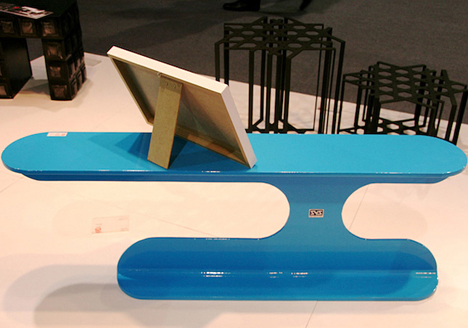 The Bangkok International Gift and Homeware Fair has wrapped up earlier this week, and we took a glance at what the self declared "Soul and Style of the Orient" had on show. If that title evokes exotic expectations to you, frankly - you would have been disappointed.

Because, although taking the risk of sounding arrogant, it was not exactly swamped with inspired pieces, that would withstand a proper scan from a design perspective. It rather seemed an accumulation of generic goods, some of them rather "cute" in a gadgety kind of way, but also a lot of stuff that created this "deja vue" moment, because you had seen it soooo many times before - only in other versions by other designers. Not to mention the countless stuff that simply did not in any way encourage you to stop and look. 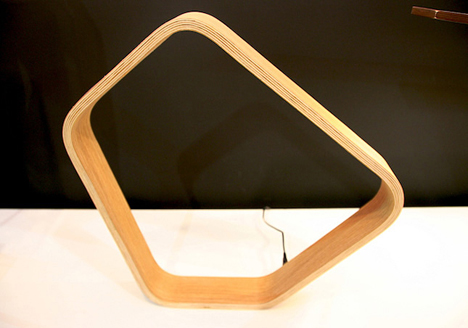 But still, there were some lights that shone even brighter in this underwhelming jungle of mediocrity. One island of such projects was definitely the stand of the winning projects of the Design Excellence Award, as shown in the pictures in this post. 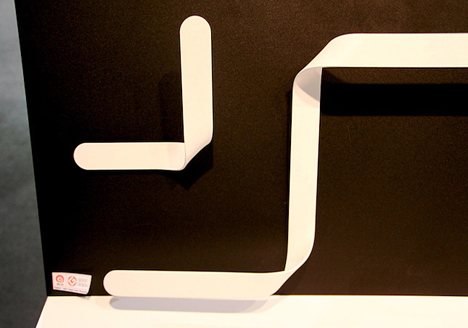 From top to bottom (without implying any judgement, this is a purely random order), these are the Melt Stapler by Siam Yamato Steel - steel furniture made from I-Beam scrap (but we recommend to ask a structural engineer for advice, before you put this in your living room - it is very heavy), followed by the multi-angle LED Lamp Leer by Aesthetic Studio.

The third picture from the top is the Ribbon steel hanging device by Stil, and the picture below shows the I-Tube water faucet, designed by Bathroom Design. More posts and also a gallery on selected jewels of the Bangkok show will follow shortly. Sawasdee!