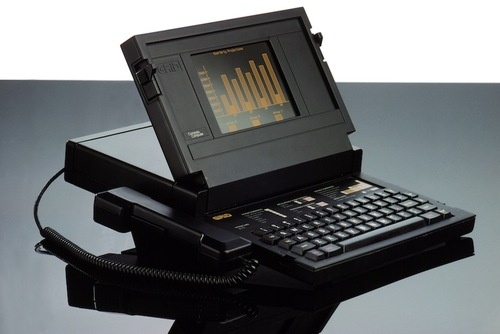 That's the GRiD Compass, the first clamshell computer anyone had ever seen, designed by Bill Moggridge for his very first California client, GRiD Systems. Before anyone had coined the phrase "laptop" or figured out what one should look like, Moggridge worked it out.

[GRiD CEO John] Ellenby's idea was to create a computer with an electronic display that would be small enough to carry around, but powerful enough to complete work tasks away from the office. Moggridge began to visualise a design for this device in order to help people understand what the product would look like and to convince venture capitalists and potential employees of its viability and appeal.

...The impact of the Compass Computer in the world of computing is obvious: it was the world's first laptop. Its geometry, layout and clamshell mechanism have been imitated time and again on all manner of portable computing and communications devices. Many of Moggridge's ideas for the physical design of the Compass Computer were unique at the time, but have since become commonplace: the flat electroluminescent graphic display, the low profile keyboard and the die-cast magnesium enclosure, for example. 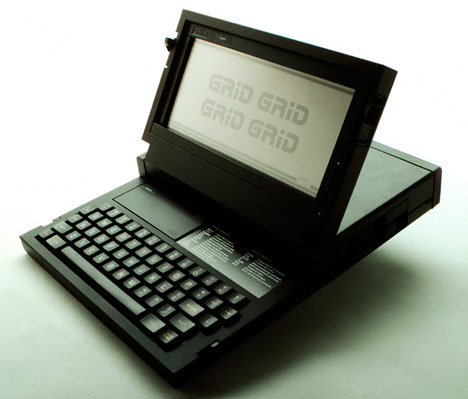 You can download an MP3 of Moggridge being interviewed by Design Observer's Debbie Millman here.