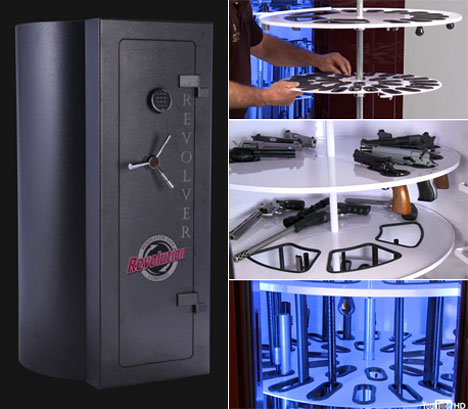 I myself don't own a gun, partly because it's illegal in New York City and mostly because I drink too much for it to be a good idea; but I still find gun safe inventor Bruce Pendleton relatable when he says, in the traditional ID spirit, "I couldn't find [what I was looking for], so I built it." What he was looking for and built was a better gun storage safe: High-contrast interior, user-customizable racks, LED lights and an almost absurd storage capacity--it looks like this one case will hold more guns than they used in the entire Civil War.

Check out the promotional vid, which starts off with the best opening line ever: