Recycling is an invisible process to us consumers. We throw our bottles and cans in blue plastic bags, leave them out by the curb, and the next morning they're gone; we have a vague notion that someone picks them up, takes them to someplace that performs some process to them, and they turn the resultant something into something else.

On the other hand, biotech worker and tinkerer Billy Robb has made recycling very visible. "In Kansas here we're like a decade or two behind in recycling [incentives]," he writes, so he's taken matters into his own hands. Robb took what I can only call a buttload of aluminum cans, cut them into sheets, made his own die, smashed them into corrugated tile shapes, and used it to roof a chicken coop! 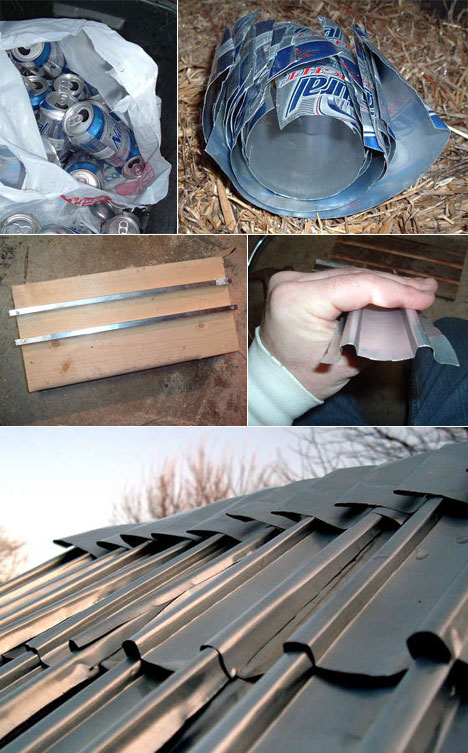 In his Instructable illustrating the process, Robb offers good tips ("beer cans are best because they don't have a sticky residue like soda cans") and offers a succinct piece of advice for those game to emulate the project: "Start drinking now if you plan to try this."