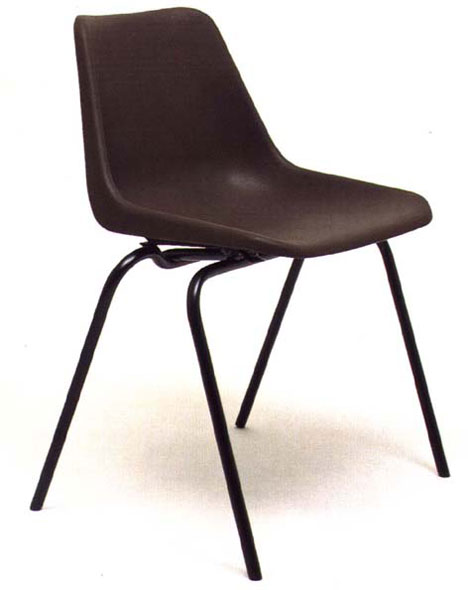 Humble, simple, lasting, ubiquitous, flying out of the factories, and a monster seller: That's the Polyprop stacking chair designed by Robin Day, who passed away earlier this month. Inspired by the Eameses, in 1963 UK-based Day designed one of the first chairs to really take advantage of injection molding for mass markets--a single mold could crank out 4000 Polyprop seats a week, and since its inception over 14 million have been sold in 23 countries. (When licensed copies are tallied, the sales figures are estimated at between 20 and 50 million.)

Cooper-Hewitt Director Bill Moggridge wrote, about first regarding the chair, "I was immediately fascinated by the simplicity of the form combined with the deep understanding of the behavior of the material;" London Design Museum director Deyan Sudjic called it "one of those exceptional objects that can genuinely carry the burden of being labeled a humble masterpiece;" and Design Technology has termed it "one of the most democratic modern designs of the 20th century."

Now, ten years into the 21st century, the chair is still being produced; manufacturer Hille cranks out some 500,000 per year. Quite an impressive feat for an almost fifty-year-old design.