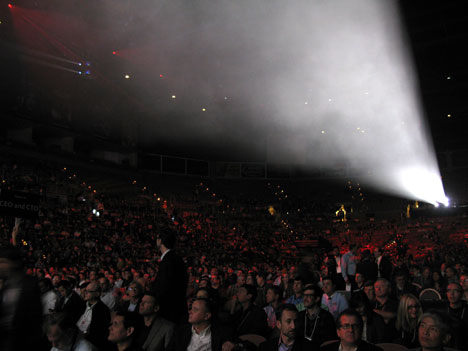 This year's Autodesk University Keynote was delivered in a massive arena within the Mandalay Bay Hotel; thousands were in attendance. The scale of the space and the sheer amount of bodies filling it really drove home what a massive event this is, underscored by overheard snippets of conversation in every regional American accent and a myriad of foreign languages. 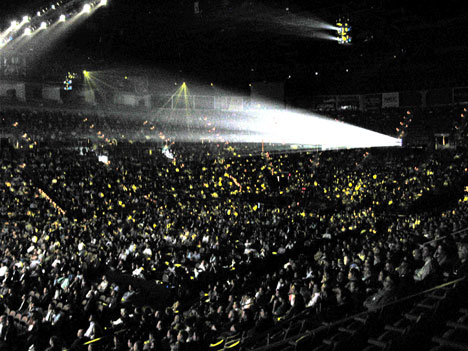 Autodesk CEO Carl Bass took the stage and asked the audience, "Why do we do what we do? Whether we're designers, engineers, architects?"

The answer comes down to a single word: Impact. We want our work to have a positive impact on our communities and our customers. So today we're presenting a goup of people who have had an incredible impact, or soon will, through their groundbreaking work. 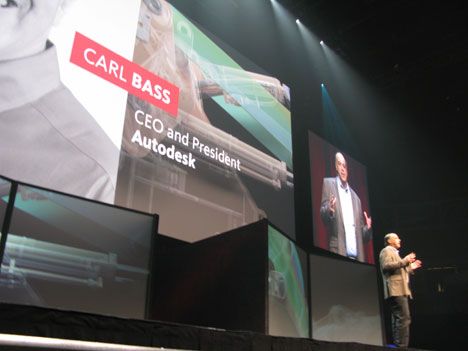 The subsequent roster of speakers, all of whom use Autodesk products for their projects, was impressive: Core77 fave Emily Pilloton took the stage to talk about her new project (giving us enough good quotes that we're going to break her out into a separate entry, stay tuned). Cliff Plummer, CEO of effects house Digital Domain, talked about the years spent working on the forthcoming Tron and showed the internal pitch clip that sealed the deal. Escape Dynamics co-founder Dmitriy Tseliakhovich delivered an impassioned speech about his wicked, lightweight and low-cost space vehicle, powered by microwave beams fired at the vehicle from the ground, rather than using on-board chemical propulsion systems.

Of all the speakers we saw that morning, Tseliakhovich was the most mesmerizing, speaking like a man possessed by the notion of going into space on the cheap. The plan is for Escape Dynamics to ultimately engage in awesomely futuristic-sounding Space Mining. "Think of it," Tseliakhovich said. "A single nickel-iron asteroid in the vicinity of Earth's orbit has more platinum-group elements than have ever been mined in the full industrial history of humankind!"

Today, small teams of dedicated, passionate people are capable of accomplishing things that previously were possible only for governments and large corporations. With exponential developments in digital prototyping and the extreme evolution in software design development tools, we are able to take our dreams and put them into reality. We are able to develop our future. 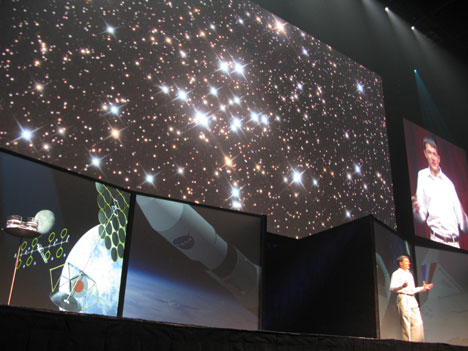 A very cool moment came when Bass introduced Franz von Holzhausen, Senior Design Executive from Tesla Motors, who seemed to be a no-show as no one appeared; but then two large panels opened up and Von Holzhausen drove onto the stage, in Tesla's gorgeous Model S. The car is of course all-electric, so his entrance was jarringly whisper-quiet, as if the car was gliding across the stage by magic; the silence lasted just a few moments, as applause then drowned it out. 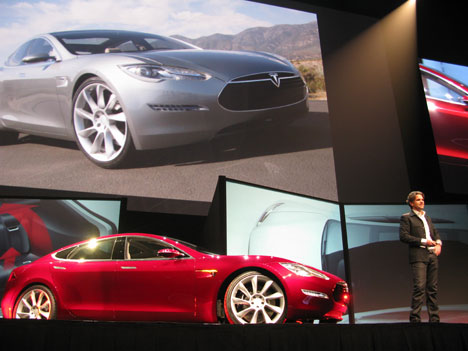 We were also excited to see Scott Summit, whom we posted about just a few days ago, also take the stage to talk about his work with Bespoke Innovations. We're currently trying to score an on-site interview with Summit, so stay tuned!