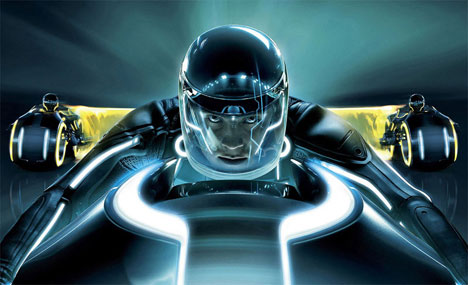 As sophisticated software is increasingly used in hi-tech filmmaking for rendering, pre-visualization and so on, an interesting side effect has emerged from the special effects: Autodesk has enough juice, and fans of their stuff in positions of Hollywood power, that they can often finagle exclusive screenings.

You may remember from our coverage of Autodesk U. 2009 that we got to see Avatar footage (and tons of it) wayyyy before anything was floating around the interwebs. This year Cliff Plumer, CEO of digital production studio Digital Domain, showed up at the conference with exclusive Tron Legacy footage. 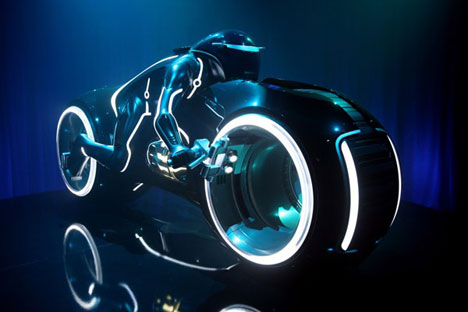 One of the things I really appreciate about AU is perks like this. While sci-fi clips are often screened at Comic-Con to take the audience's temperature--indeed, Comic-Con audience response to the initial Tron Legacy pitch clip reportedly helped the film get green-lit--AU has a different agenda: They show you unseen and finished product for no reason other than that it's freaking cool. In other words they're not asking "Hey, would you pay to see more of this?" It's more like "We have this stuff, we made it using Autodesk products, and we already know it's awesome. Check it out!"

By the way, Buena Vista/Disney security is no joke. At last year's Avatar screening, 20th Century Fox had guards there scanning the crowd with night-vision scopes to nail would-be YouTube leakers. Buena Vista cranked security up a notch: To even get in to the presentation, we attendees first had to queue up in a separate area across the convention hall to hand in our cell phones, cameras and even laptops, to prevent any sort of recording. A phalanx of employees sealed our precious electronics in paper bags that were stapled shut and squirreled away, and you got a color-coded, numbered ticket that corresponded with your bag. (All of the images you see here are stock shots culled from the web.) 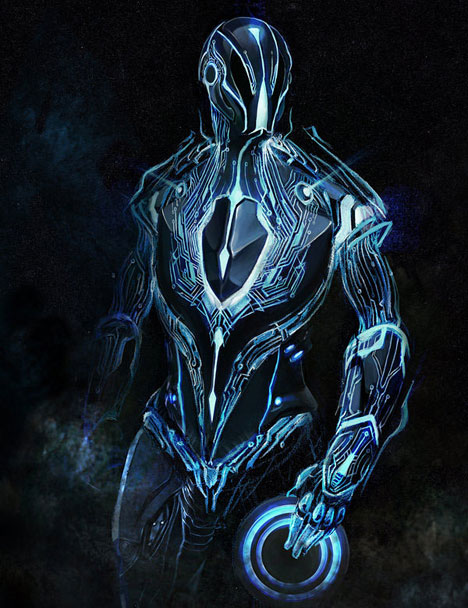 Then we marched back across the convention center to the gi-normous presentation room, using our tickets to gain access. At the door, another phalanx of guards performed bag searches, in case anyone pulled a Michael Corleone in the bathroom and pulled something to shoot with out from behind a toilet. Finally we were allowed into the huge room with 3D glasses on every chair.

After sitting through some initial presenting, we were asked to put the glasses on, the lights went down, and we were shown what felt like at least 15 minutes of awesome footage. I won't release any spoilers, and you've only got two weeks to wait before you can see it in theaters. Suck-ers!

Okay, I will mention spoilers. Hit the jump.In this version of Tron, the protagonist is actually an overworked intellectual property lawyer relentlessly prosecuting violations in a tense courtroom setting. His wife is a social worker dealing with the emotional devastation of her sister's debilitating illness. Together they try to guide their gay son through a world rife with discrimination and misunderstanding. Along the way they are helped by a cheerful cello-playing handyman who finally manages to open their hearts.