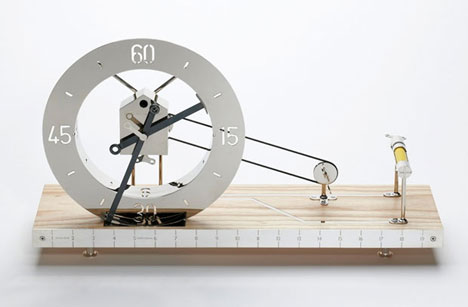 Perhaps best known for the critical dismantling and reassembling of transistor radios in the early 80's, Daniel Weil has rediscovered his fascination for reducing objects to their component parts, whilst working on this private commission to create a gift for an architect.

Broken up into five distinct elements, the object demonstrates Weil's desire to explore the workings of the timepiece, as much as its appearance. Charming details fulfill both these objectives; the mechanism "housing"; the functioning rubber belt and even contrasting cross-head and flat-head screws at the feet of the battery stand to denote positive and negative charge.

Where his carrier bag radios of times gone-by sought to question the "packaging" of technology by "the market", Weil's clock attempts to deconstruct time itself: 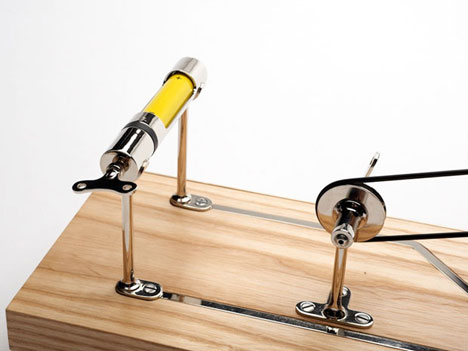 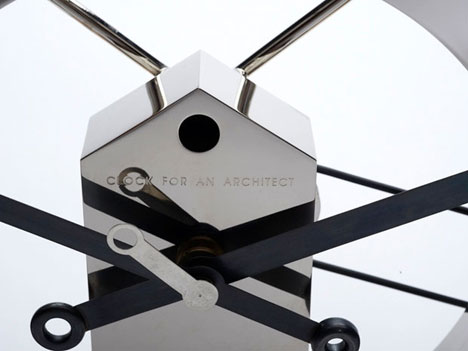 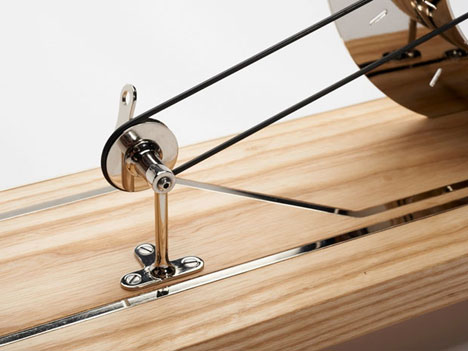 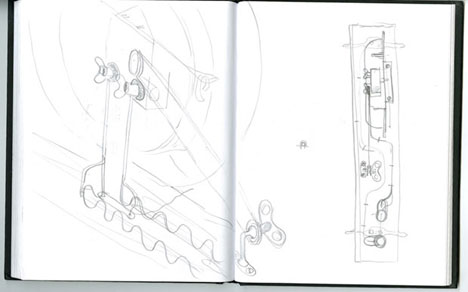 More photos and sketches on the Pentagram site.