What a dream gig--after being hired to do the designs for Tron: Legacy, concept artist David Levy had his inspiration delivered to him: A stack of original sketches by Syd Mead and French comics artist Jean Giraud, a/k/a Moebius, from the first Tron flick.

Den of Geek's posted an interview with Levy, and another thing we found interesting besides inheriting the Mead/Moebius stack is Levy's design process. We're now spoiled for choice in the amount of ways we can blend technology and analog media for creative projects, so Levy likes to mix it up: 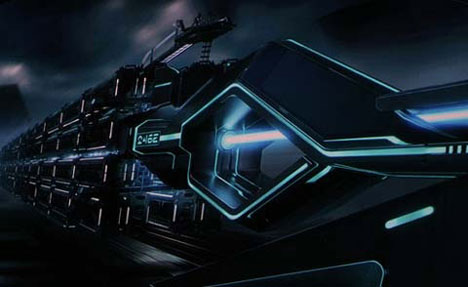 Q: How do you work? Do you use traditional techniques, or work straight onto a computer?

A: It's a very strange process. Because very often, when we do the same thing on the time, we always repeat the same shapes, so it's good to vary. On many occasions on Tron, I'd switch back to pencils, just so I could break away from the habits I have with a computer. But honestly, it's whatever works.

I think it's bad to always have the same habit, because you tend to re-do the same things, so it's very important to change mediums.