Book Review: Predictable Magic: Unleash the Power of Design Strategy to Transform Your Business, by Deepa Prahalad and Ravi Sawhney 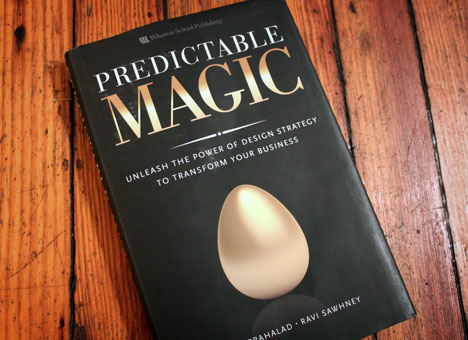 The Predictable Magic to which Prahalad and Sawhney refer in their recent book has been given the moniker of Psycho-Aesthetics, and Ravi's firm RKS has applied it successfully to a range of products over his career as a consultant. What they're getting at is not what is commonly recognized as aesthetics (the visual sense). Instead what looks are to the eye, Psycho-Aesthetics are to the soul or the psyche. In the Afterward they provide the clearest description of their end goal: "It's not how you feel about the design or the experience; it's how it makes you feel about yourself." Between the Preface and the Afterward, however, the reader needs to learn just how to make that happen. The core of the book serves to create a framework for the repeatable creation of products that connect with the end user emotionally. The book is structured in chapters that reflect each step of the process by the acronym EMPOWER. While it's not worth belaboring what each letter stands for, some chapters are worthy of describing in detail. When they describe "Mapping the future" they present a quadrant chart with interactivity along the x-axis and basic functionality to dynamic empowerment along the y-axis. The map can function like any competitive landscape (i.e. the company would be well served to attack areas where their competitors are not) but it's the upper right quadrant that's the sweet spot. Motorola's RAZR was gorgeous but had a limited feature set and the Blackberry was so functional that it's widely used even with a large and heavy form factor. Only the iPhone in the upper right quadrant managed to engender so much adoration that people use it despite the call quality. 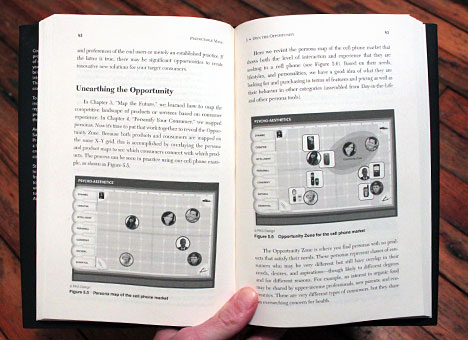 Predictable Magic introduces the psycho aesthetics framework through the phone example above at the "M" but does not bring it to it's resolution until the "O" of EMPOWER. Each example is carefully shepherded through the book to give the reader a strong sense of continuity. Once they've described how Psycho-Aesthetics can be used to position a company, the authors reiterates each of the case studies they've shown thus far as a progression from on quadrant in the Psycho-Aesthetics map into another that serves the company better.

Part II involves the implementation of the aforementioned strategies in ways that engage the customer base. The general thesis that a satisfied customer base will result in a financially rewarded company is attacked from an emotional standpoint. A case study of the MiniMed insulin pump demonstrates just how important the feelings of the customer can be. Simply by adopting the form factor of a socially acceptable pager, MiniMed was able to let their customers feel socially unencumbered by their diabetes. Once the usage of a product can be turned into an emotional experience, less focus is required by the sales force because the customer base itself is evangelizing. In the era of social networking, some of these discoveries now seem evident, but RKS has been doing it for decades. Industrial designers on the cusp of the new social era would be well served to pay attention. 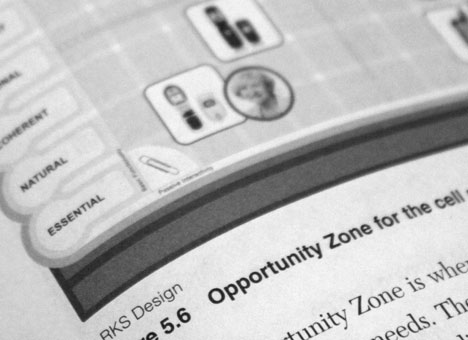