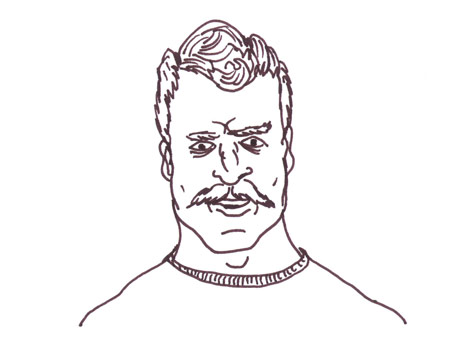 Cyprien Côté loved people, loved nature, and everything in between. "Especially everything in between" he would say. He was an explorer, an industrial designer, and more than anything else a friend to the natural world. As a designer he was known for his strange antics with clients. Routinely he'd lose fifty pounds for the first meeting, get the brief, only to show up four months later buff with fifty pounds of new muscle. In the early 60's, when he got his start, he convinced more than one client that doing macaroni art was a critical part of the design process. He was from the town of Tadoussac in Quebec and from visits to his Aunt in Terrebonne he quickly gained an appreciation for plants and beasts early in his life. His first design/invention took 10 years to produce- the whalesong radio (CHANT DE BALEINES) - a radio that could tune in to the bellows of whales from around the world. 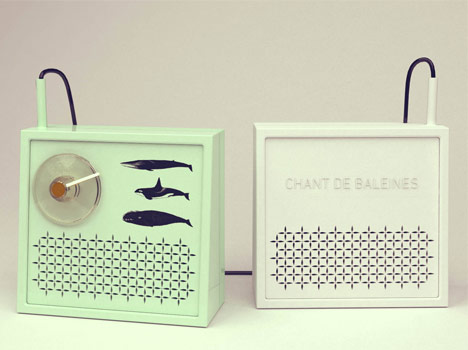 The radio was a collaboration with several colleges from all over the world. Special listening pods had to be sent throughout the world's oceans to pick up the sounds. Sadly, only one of the listening pods still exists today and if you're lucky enough to have one of the radios, you'll only be able to hear humpbacks a couple days out of the year. After a brief hiatus, Cyprien returned to the design world with his now famous CowCows (VACHEMENT VACHE ). Completely "fed up" with seeing cows unsuccessfully wipe flies from their eyes, he came up with an ear extender that could be used by the cow to fully remove any pest that was bothering them. They were made out of a super-soft material and cost about fifty cents (Canadian) per set. 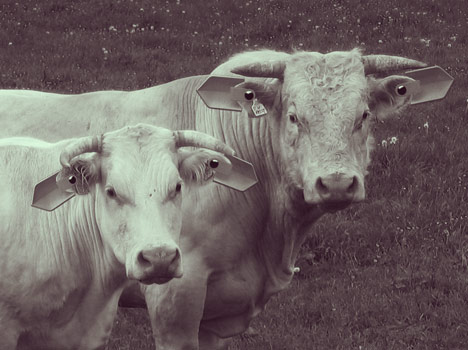 CowCows were a huge success in Sweden and in the Midwestern USA. Although the cows couldn't buy the extenders themselves, they could speak through their milk production. If one farmer got his cows the extenders, sooner or later his neighbor's cows would stop producing milk in protest until they also had them.

In 1968 Côté took a trip to Italy that would change his life forever. One morning he was outside exercising when a small earthquake took place. He noticed a beetle near his feet that left his den while the earthquake was progressing. Intrigued by this Côté took the beetle back to his lab. As it turns out, this insect- the LoDuca Beetle- can sense earth tremors and always comes out to the light when he senses anything. Côté immediately took over a thousand of the Beetles back to Quebec and designed his earthquake warning system, INSECTES TREMOLOITANTS. The device was simple- one dark room, one light room, one tunnel. If someone would ever see the beetle, they would know that an earthquake would be on the way. Insectes Tremoloitants has saved over 800 lives and counting. 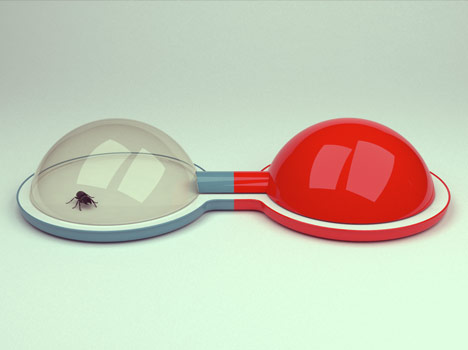 Côté died young at age 35 in a diving accident. In 1974, four years after his death, his brother Cypriaque realized and released one of Cyprien's early sketches- a sea shell empowered white-noise generator. All proceeds went to an undisclosed charity. 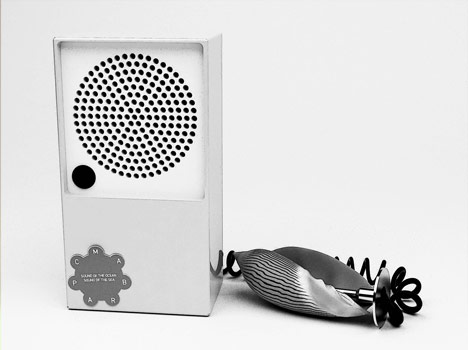 Does Côté's legacy live on? A quick google search will tell you that it doesn't, but certainly this was a man that deserves to be remembered. There are huge gaps in his career history and any evidence of his existence is welcomed. As Côté would say: "Fête fort pour les bêtes, fête fort pour toé."

Design Fancy is a series of short stories about fictional designers who make fictional things. The stories (and the objects) are by Matt Brown. Special thanks to Pierre-Alexandre Poirier and Jerry O'Leary.