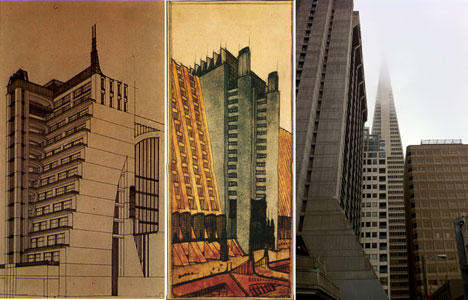 On one of my daily walks to work through San Francisco I was struck by a particular composition of buildings including SF's iconic Transamerica building. It reminded me so strongly of the futurist architect Antonio Sant'Elia, who I mentioned a few weeks ago in my post "Three Artists Every Designer Should Know" that I had to research him further. I realized that we are largely living in a world that he envisioned in his very short career, 1912 to 1914. Very little of his work was built, but his drawings for various Futurist exhibitions and the Manifesto of Futurist Architecture, which is attributed to him, lived on past his death at age 28 during WWI. Sant'Elia's ability to foresee and celebrate the layered, chaotic effect of what became of the contemporary city is uncanny. 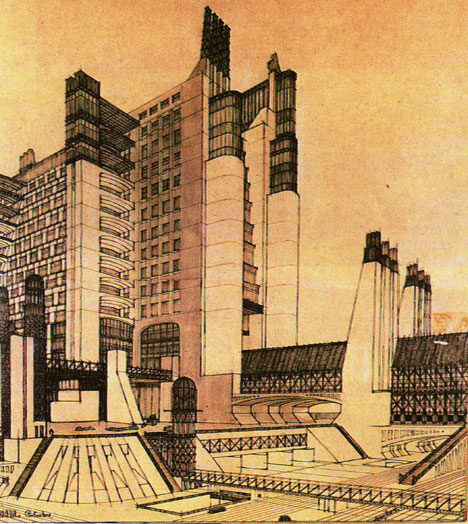 Check out the books "The Work of Antonio Sant`Elia: Retreat into the Future (Yale Publications in the History of Art)" and "Antonio Sant' Elia (Archipockets)" for more information.