Cases to Hold Stuff, Part 2: The Traveling Salesman of the past 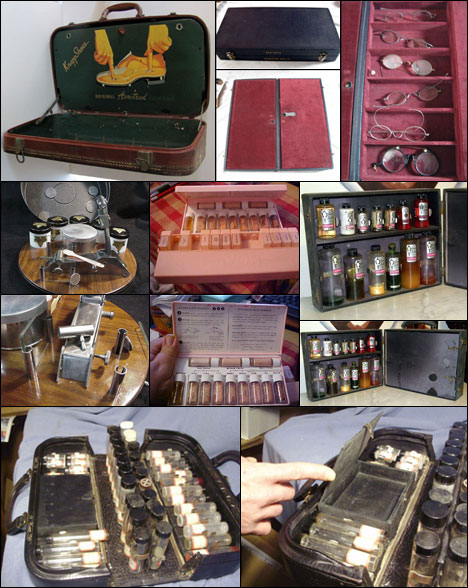 In this age of click-shopping on Amazon or hopping over to your local superstore, it's difficult to imagine that companies once advertised and distributed their products through hat-wearing men rapping their knuckles on front doors. But in the 19th and much of the 20th Century, that's how it was.

This army of traveling salesmen hawked everything from talcum powder and toys to eyeglasses and home appliances, and they presumably all had one arm longer than the other, as all their crap had to be lugged around. And you couldn't just throw it all in a sack; some of it was breakable, and you didn't want to complicate a sale by digging through a pile of samples to find the relevant one. You needed something you could quickly snap open that then allowed you to easily select the relevant object. Which meant someone needed to design a case that would do this.

The wide variety of goods on offer meant the cases ran the gamut from simple briefcases with dividers to more interesting bespoke shapes. Some of the products were glass bottles filled with liquid, requiring stay mechanisms, and some even required on-board electricity.

A bunch of these cases have survived, some from the 1800s, and are now seeing life again on blogs scattered around the web and, of course, eBay. Here are some we found interesting. 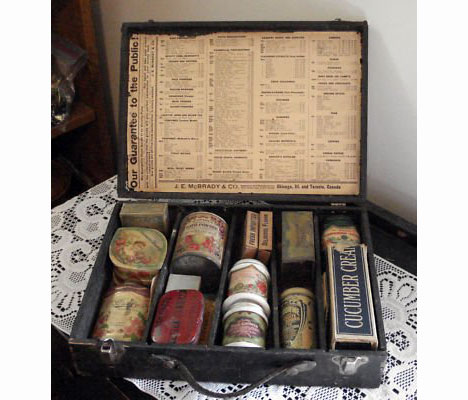 This Neon Salesman's sample case is perhaps the coolest we've seen, as it apparently has on-board power. Surprisingly it's from the 1930s, and we're guessing the ooh-aah factor must've been immense at the time. 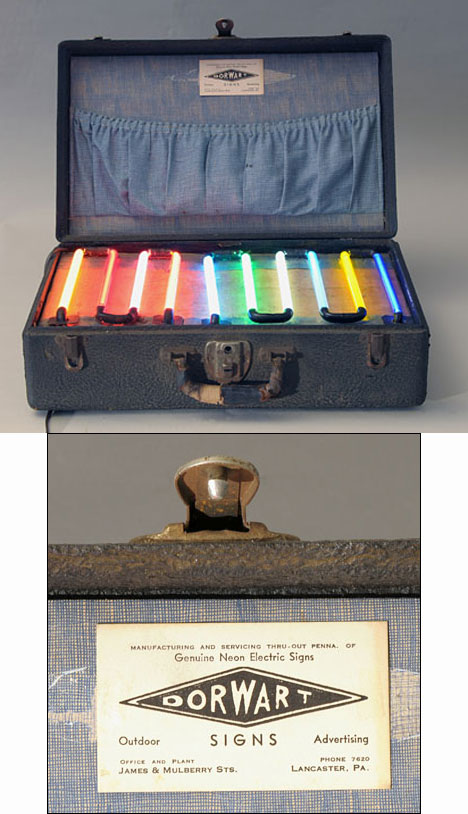 A salesman from 1940 probably prayed this case wouldn't pop open in the street as he was selling the X-Box of the day, marbles. 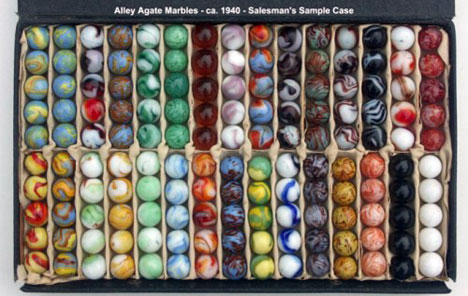 This 1930s Knapp Shoes case needed to illustrate something the consumer can't easily see--the cushy sole inside the shoe--so it prominently featured a demonstrative graphic. 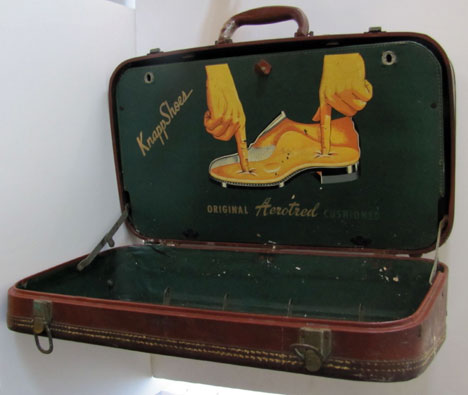 This leather sample case for chemicals crams an awful lot of vials into a compact space and opens up butterfly-style to make it easier to identify the individual bottles.

This round case (with a second example here) also from the 1930s held grease samples, and there are protruding dots on the underside of the lid, presumably made from rubber, than apparently press down on the jars and hold them in place during transit. The sellers do not know what the metal mechanism built into the wooden base was for, though one mentions it can be locked in the upright position, then made to slam down hard and drive a pin. Presumably this performed something demonstrating the merits of the grease. 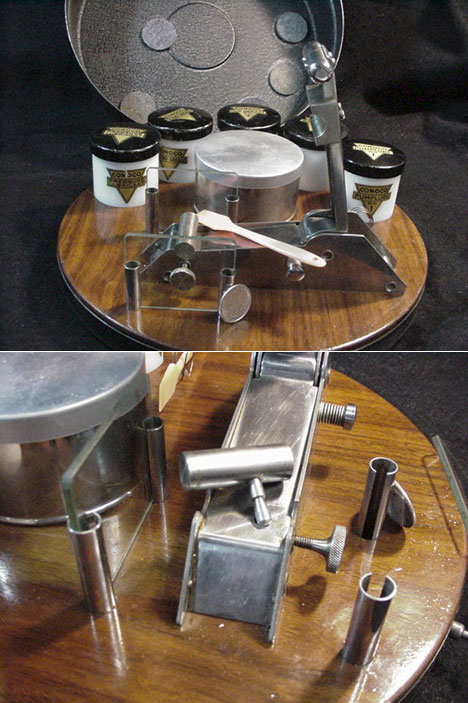 Not all design was good design, of course. This 1930s cosmetics case contained liquids in glass bottles held captive with spring steel, which I would think would be hard on the contents in terms of shock transferral. The liquid stains on the inside of the case seem to back up my theory. 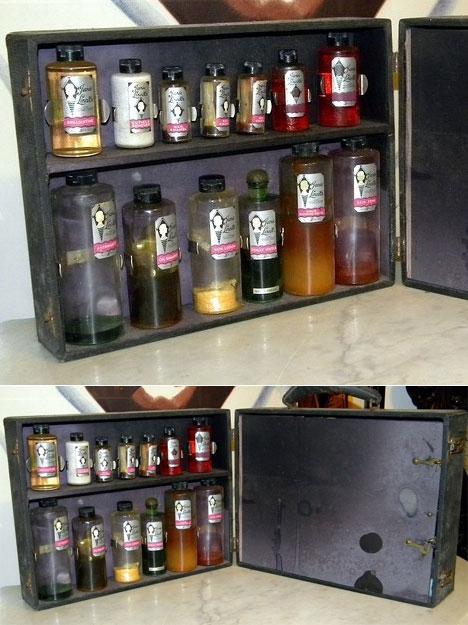 This early 1900s case from Dow Optical was for carrying and displaying eyeglasses. Perhaps the wire used back then was sturdier than today's, as the case doesn't appear to offer much in the way of protection. 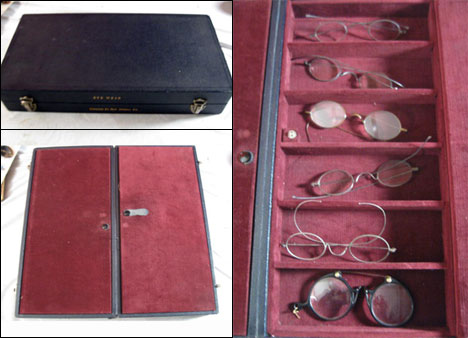 This Avon makeup samples case, which looks to be from the '60s or '70s, is no longer in suitcase-form, but would instead fit in a glovebox or purse. The Avon Lady had arrived. Notice the kit had printed instructions on the underside of the lid. While the first traveling salesmen had to memorize every detail of their product to field questions, here we can see the process starting to get dumbed down; this simple graphic probably reduced Avon's costs as they wouldn't have to train their salesforce as extensively, and must have made it easier to raise a veritable army of hawkers.

Cases to Hold Stuff, Part 2: The Traveling Salesman of the past