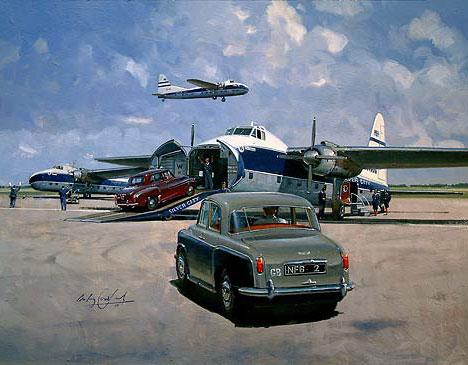 After World War II, a Royal Air Force pilot and Wing Commander named Taffy Powel hacked a Bristol 130 Bombay bomber plane for an unusual purpose: Carrying cars across the English Channel. Why zip into Paris on holiday if you can't take your Austin-Healey with you? 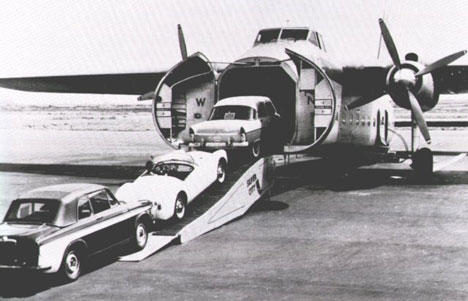 His resultant creation, the Bristol Freighter, had its first cross-channel car-carrying flight in 1948 and became a commercial success. It could only carry two cars, but its successor, the Bristol Superfreighter, had a longer nose and could fit three. 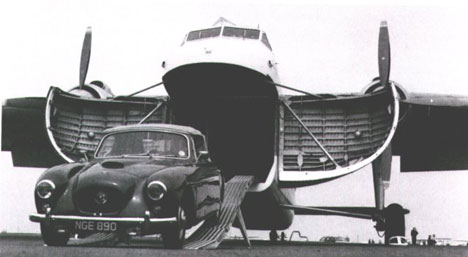 Despite providing service well into the 1960s, the Superfreighter remains fairly obscure and unheard-of...which is probably the only reason 50 Cent doesn't have one yet. Maybe one of you can re-Tweet this to him and I can get another blog post out of this in six months.