There's an interesting discussion going on over at the Core77 boards on the design of commercial heavy duty vehicles, and we're liking the variety of voices (and willingness to throw images up there). Topic starter Ginrod comments on the sportscar-like styling adopted by many tractor manufacturers like this one: 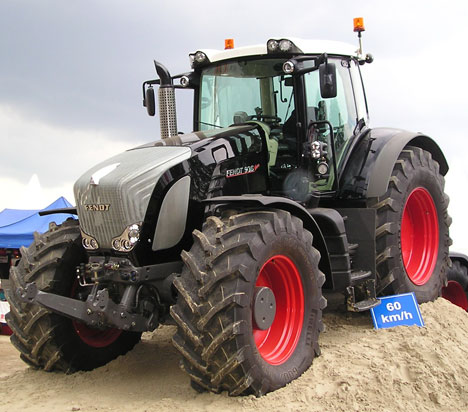 Further down, former HDR (Heavy Duty Repairman) and Operating Engineer LMO, who has logged more than 10,000 hours "in the seat" in addition to actually fixing the machines in question, sounds off with the invaluable firsthand experience that's so important in discussions like these:

I'd be more concerned with the ease of operation (ergonomics) and maintainability of these machines than their appearance. All the swoopy curves...are pleasant to look at but since they are only attainable via molded plastics their field longevity is probably not too good; all the the stuff that I've worked on suffered from it (most operators of this equipment aren't too concerned with bumping into things).

The typical HDR is expected to keep his employer's equipment running (often approaching a 90% duty cycle) with the tools s/he has on the truck, and that seldom, if ever, includes a drum of polyester resin and roll of fiberglass cloth, let alone the technical composites expertise to use it correctly.

In the vein of the classic "form follows function," LMO then points out that styling can make an important contribution by opening up line-of-sight from the cabs, which can increase both safety and productivity.

His last point is the one we found most interesting, as it says something about what happens when design moves faster than people are willing to adapt to. Look at the interior and controls of the CAT 160H Motor Loader, a vehicle that dates from 1995 (captions by LMO): 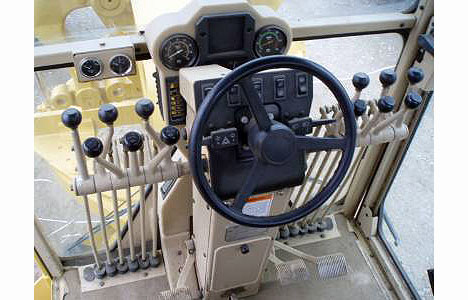 "Typical of all other makes, control (ten levers) must be reached for and manually 'blended.'"

Then look at the controls inside CAT's current M14 model: 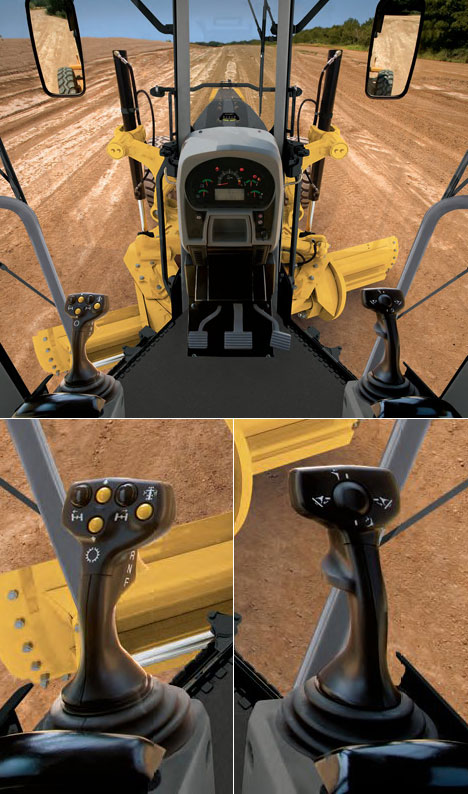 "All controls accessible without moving the hands from 3-axis joystick hand controllers.... Many of the old hands that I know, who operate 'blades' (as they're called), are so frustrated with learning these new controls that they are retiring from the business."