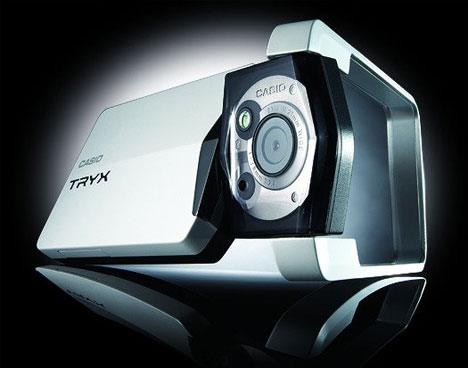 The blogs of CES-goers are abuzz with news of Casio's new Tryx camera, which boasts the most unusual form factor we've ever seen on a point-and-shoot:

The design of the "variable frame" allows it to act as a sort of tripod, giving you steadier shots for video or low-light exposure and giving you one less thing to carry. Another odd feature is that the lens is not a zoom, but instead a fixed wide-angle.

The model on display at CES is actually a non-working prototype, but Casio expects to have production models ready to ship by April of this year. 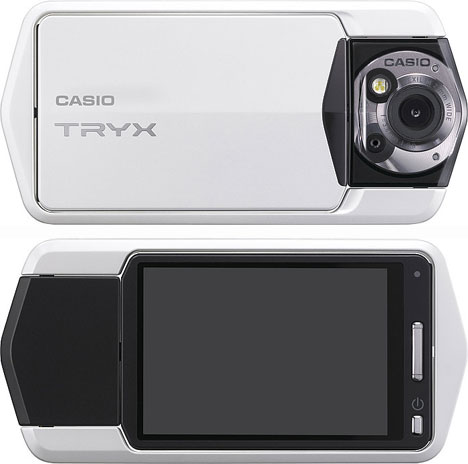