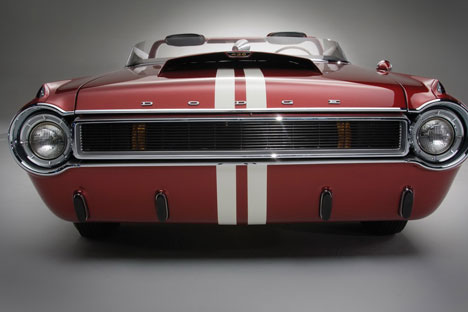 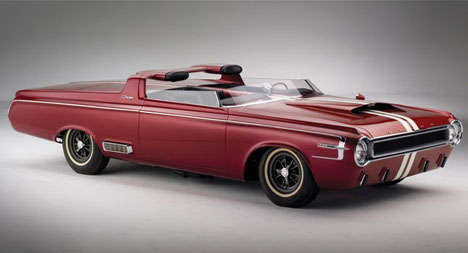 You are looking at the first Dodge ever to use the Charger nameplate, the 1964 Dodge Hemi Charger Concept Car. Developed in late 1963 on Polara underpinnings, it was used by Chryslerto showcase its newest engine at the time, the now iconic 426-cubic inch (7.0-liter) Hemi V8.

Owned by several collectors over its 47-year existence, this rare piece of automotive heritage is going to be auctioned off at this year's Automobiles of Arizona event held at Arizona Biltmore Resort & Spa, on January 20. RM Auctions hasn't released an official estimate yet, but last time it changed hands in 2007, it fetched US $1.1 million.

I love the detailing on the front end alone. Notice the slight sandblasted recesses radiating around the headlamp bezels, the tiny driving lights on the deck lid, the turn signals behind the grille slats... pretty cool ride to say the least. Shorten that back and make mine electric.

Via Top Things Stuff for more pics and info

Thanks to Remy Labesque @ frog design for the tip