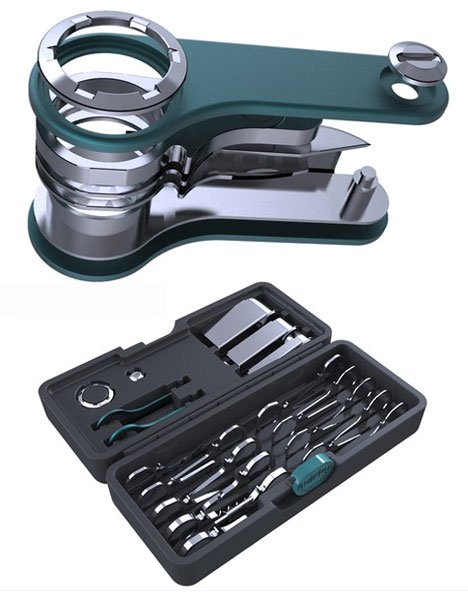 Here's a neat Quirky project that has gotten the green light and is now in production: The Switch. 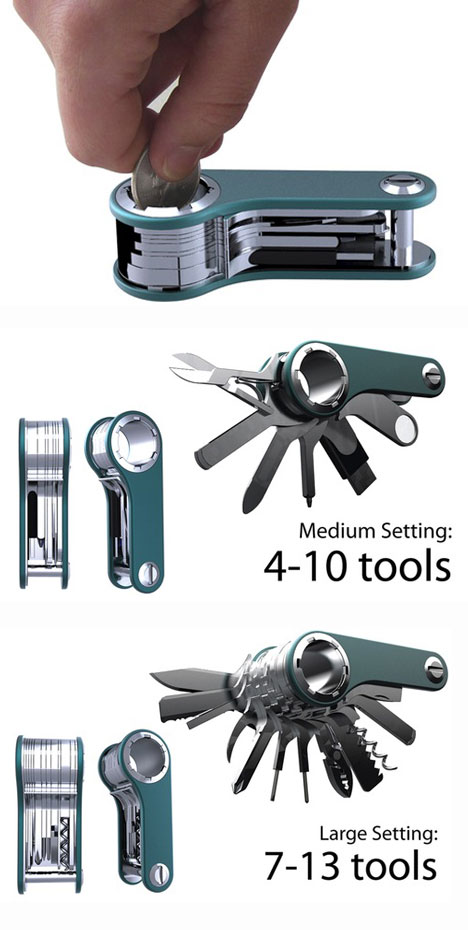 It's a Swiss-Army-style multi-tool that lets you swap parts in and out from a kit. The user can also swap out axles, providing a minimum of two and maximum of six tools, a minimum of four and a maximum of ten tools, or minimum of seven with a max of 13 for serious MacGyvers.

The Switch took input from 379 people, will run you $79 bucks, and comes with 17 tools (hit the jump to see the full list). What would be really cool and RP-ish is if we could design our own tools....The Switch comes with: