Apple's custom screw hullabaloo, hollow-ground bits, and why a vintage sewing machine repair brought me to the gunsmith's 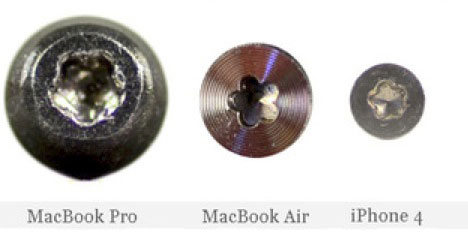 As CNET reports, Apple users including iFixit's CEO are up in arms about Apple's tamper-resistant "pentalobe" screws, which have been popping up in their MacBooks and now iPhones. The non-standard screws were obviously chosen to keep users from opening the machines.

What people may not realize is that this practice is far from new. I'm currently refurbishing a pair of 1937 and '38 Singer sewing machines and having a hell of a time getting parts of it undone. Reason being that Singer, which was wildly successful in its heyday and had buckets of cash, invested in their own machining facilities and not only produced their own hardware, but purposely made it in odd custom sizes. What seem like typical flathead screws holding their products together have threads that do not correspond with any metric or standard dimension. If a screw falls out of the machine, you cannot run down to the hardware store to replace it. If you try to jam a similar-sized screw into a Singer threaded hole, you'll strip it.

Even worse, the heads of Singer screws feature slots of odd widths, heights, and depths, but their familiar slot shape leads you to believe you can unscrew it with a regular flathead. As you can guess, this often leads to stripped screws, particularly with standard-shaped wedge-tip screwdrivers, which is a poor design that has a tendency to "back out" under pressure.

Apple, like Singer, did this for obvious reasons: If the product breaks, they want you to bring it to them.

My solution to the Singer problem was to pick up a set of gunsmithing screwdriver bits at a nearby gun store for cops. Gunsmiths use what are called hollow-ground screwdriver bits, as opposed to the wedge shape. The hollow-grounds are squared-off when seen in cross-section and are designed to fill a screw's entire slot, increasing friction and reducing the chance of slippage. These drivers are also good for working on a variety of vintage products or old woodworking projects where you cannot afford to strip a screw. 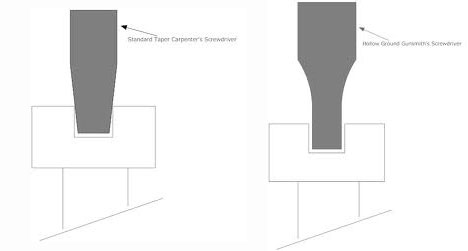 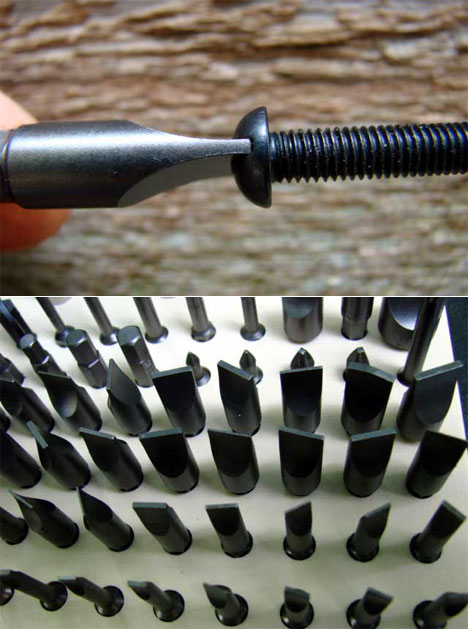 Some places where you can order hollow-ground drivers: Forster Products makes them, as does Brownell's and Wheeler Engineering.

As for the solution to Apple's screws, iFixit's selling corresponding drivers.

We think corporations have the right to build things any way they want, and if a user doesn't like it they should vote with their dollars. And with the recent arrival of consumer-affordable titanium RP, nowadays we can pretty much make any tool we want if we're willing to put in the time and bread.

Apple's custom screw hullabaloo, hollow-ground bits, and why a vintage sewing machine repair brought me to the gunsmith's