Some interesting concepts on the vehicle front from Nuremberg-based Gambo Design:

The Thansadet is a towable camper-trailer, with a killer app that sets it apart from its competitors: It floats. Tow it to the water's edge, launch it in some unspecified fashion and now you've got an aquatic caravan. 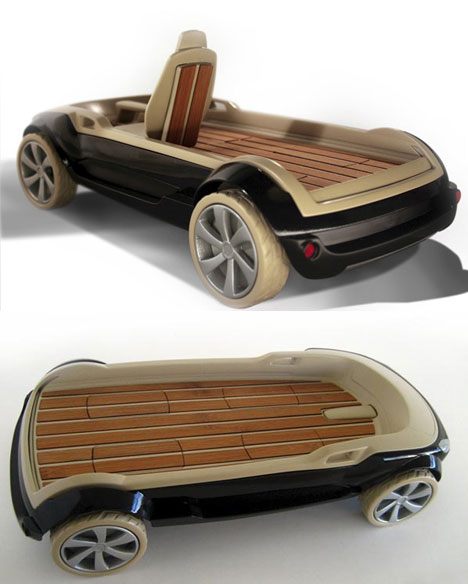 The Beach Boy is a joystick-driven, roofless electric car designed to cruise the coastline, like something you'd find at a Caribbean retreat. The seats pop down when it's time to park, providing a sundeck that looks like it will fit two, despite the fact that there's four seats. Presumably two can tan while the other two are ordered out to fan them with palm fronds.