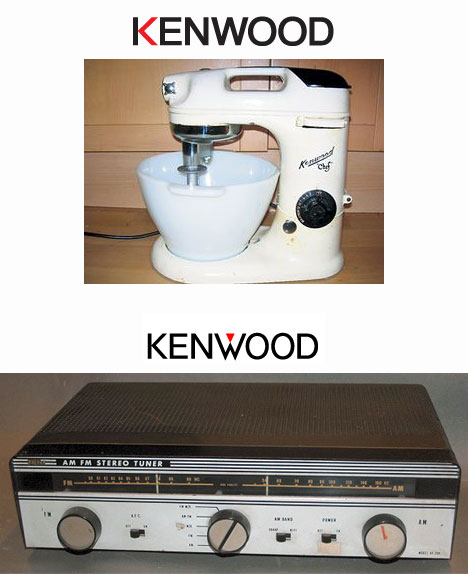 With shamefully similar logos and like hi-tech aesthetics, you could be forgiven for assuming Kenwood the kitchen appliance company and Kenwood the audio device company are one and the same. After reading this article about the original Kenwood Chef kitchen mixer from 1950, I thought it miraculous that they had since evolved into a manufacturer of high-end audio goods; digging deeper, I found that they hadn't and are in fact two distinct entities.

A Briton by the name of Kenneth Maynard Wood started Kenwood Manufacturing Co. in 1936 as a radio and television repair company. By 1948 Wood had branched out into manufacturing kitchen appliances, and the explosive sales of the Kenwood Chef A700 mixer, released in 1950, put Kenwood on the map.

In 1946, a Japanese radio manufacturer called the Kasuga Radio Co. came into being. They operated in relative obscurity, at least to Westerners, until 1961; at that point three Japanese-American audio enthusiasts (Bill Kasuga, Yoichi Nakase and George Aratani, the same guys who would later found Mikasa & Company) started importing their stuff to the United States. The trio deemed "Kenwood" a suitably Western-sounding name, and while common sense indicates they ripped off the British brand name, another story has it that they were in fact partially ripping off "Kenmore," the name of the durable Sears appliance brand.

Whatever the case, both companies are still in existence today, though under different masters. The Kenwood from Britain is now owned by Italian manufacturer DeLonghi. The other Kenwood is still in Japanese hands and now owned by corporate giant Matsushita. 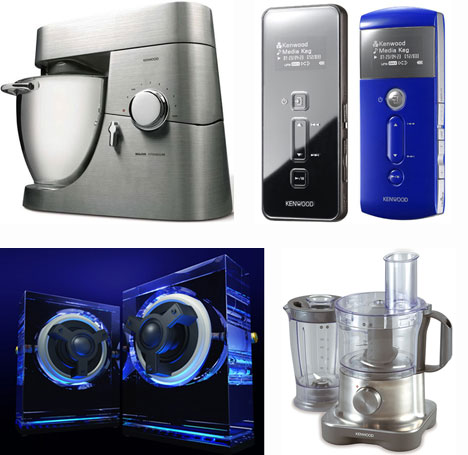 Today's a Friday, and now you've got a gripping tale to thrill your friends with at the bar tonight.