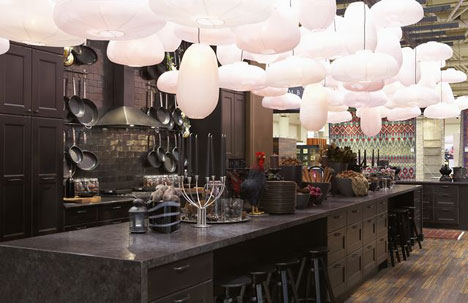 For years Ikea showrooms have had a certain modern aesthetic, and if I had to nail it down to two colors I'd say blonde-wood and silver. But their recent booth at Toronto's 2011 Interior Design Show, which won the Gold Booth Award, has unveiled a different aesthetic. "This year, we have featured a sexy new black modern country door style," explains Madeleine Lowenborg-Frick, IKEA Canada's PR Manager. "This is a departure from the ultra-modern high gloss look we have shown in previous years and most competitors are still showing." 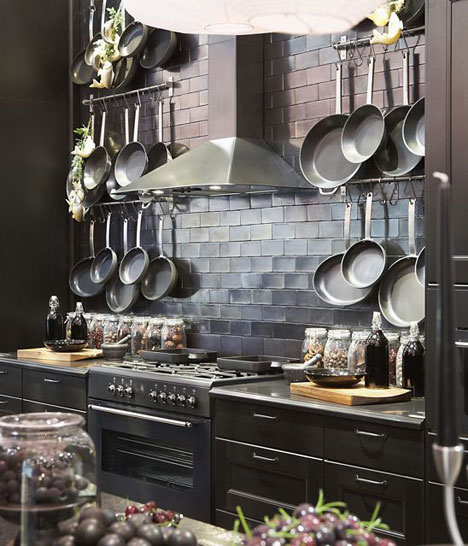 While the booth is clearly not representative of an actual kitchen we could reasonably inhabit--it's nearly 1,000 square feet, which no one who lives in Manhattan will comprehend--the design touches do signify a clear aesthetic shift, even if we do block out the cool but impractical touches like that pretty storm cloud of hanging lamps. And if Ikea decides to move the needle, it will have an effect: Globally, some 626 million shoppers traipse through Ikea stores each year. 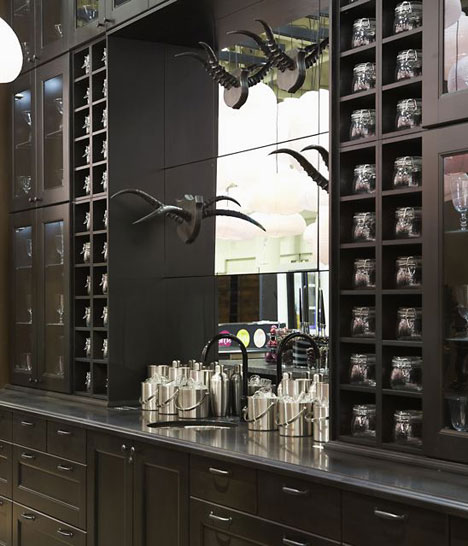