Faced with different state recycling laws, BottleHood takes matters into their own hands

This may or may not surprise you non-Americans, but if you look at a drinks bottle from this country you'll see abbreviations printed on the label denoting which states will pay for that bottle to be recycled. Yep, it's different from state to state, meaning the same bottle may not be recycled as readily in Rhode Island as in New York.

BottleHood is a San-Diego-based organization made up of unnamed creatives (a jeweler, a weaver and a graphic designer) who "rescue" glass bottles that have no monetary recycling value under California regulations. Rather than see these hit landfill, BottleHood gives them a second life by turning them into drinking glasses and vases. Liquor bottles in particular seem to serve these purposes well from a graphic design standpoint. 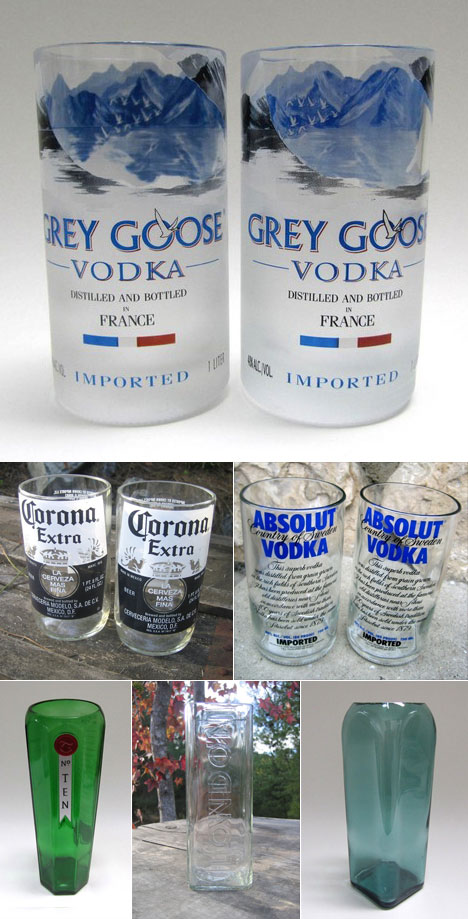 To the BottleHood folks, if you're reading this and looking for ideas, there used to be a Belgian beer bar on St. Mark's Place in New York (now defunct, sadly) that had cool pendant lamps done by graphic designer Darren Amellio, the guy behind the original bOb bar. Amellio made them by chopping the bottom off of big-ass cider jugs and sandblasting the tops and damn were they pretty.

Faced with different state recycling laws, BottleHood takes matters into their own hands