Core77 was proud to work with Aava Mobile to create two distinct design invitational challenges. In the first phase, we combed through the 200,00+ portfolios on our site Coroflot.com to find the 5 most creative thinkers and sketchers in the world of consumer products. Each created sets of scenarios articulating the potential use-case scenarios of the mobile device. The second phase challenged one of the phase 1 participants as well as an additional designer to create more refined, rendered concepts closer to production pieces rather than blue-sky concepts. Both of the designers took the challenge seriously (and with delight) delivering incredible work that was both rigorous and imaginative. Core77 could not have been happier with the results, and we are gratified to continue making strong connections between designers and manufacturers. As a celebration of the success of phase 2, we are publishing the case studies from each of the designers to share some of their learnings from this design invitational. Alberto Villareal, Creative Director of the Mexico City-based design firm AGENT shares his process below.

Aava Mobile, a Finnish company founded in 2009 by a team of engineering wizards who built an open-source mobile device platform, asked AGENT to design their latest smart phone. 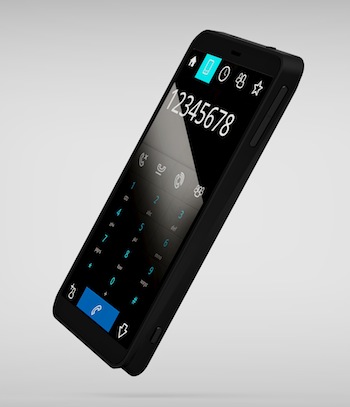 Alberto Villarreal, the Creative Director of Mexico City-based firm AGENT explains their design approach: "We focused on making it simple, but with a twist." 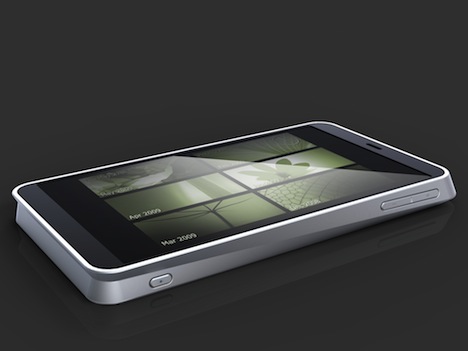 Having an architect as a partner generates what we call "creative contagiousness" and the members of our teams are constantly inspired by each other at the office. In the case of the Aava Design Invitational, we were clearly inspired by architecture when we started to design the TWIST phone. 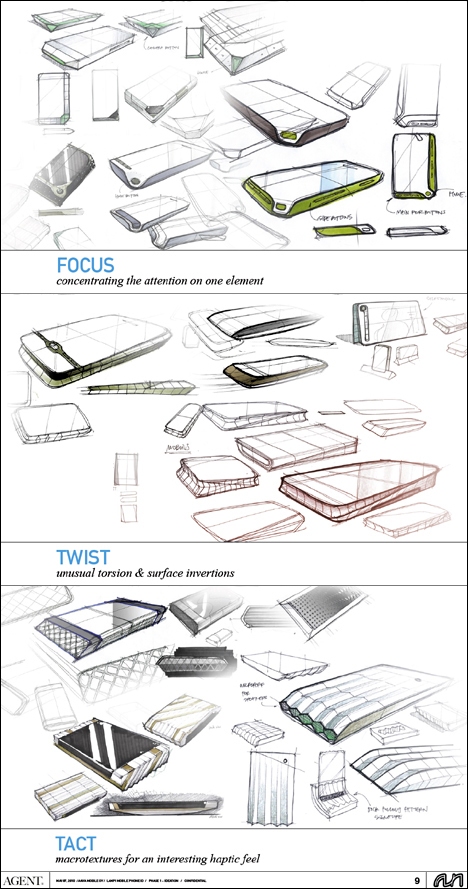 We came up with several gestures all the way from mild to wild, making sure the design was representative of the technology as well as of it's thin profile. But we also wanted the phone to be unique looking and different even in the way it feels when you hold it.

After reviewing a few preferred options, we ended up choosing the TWIST concept, an Origami-like surface treatment inspired in architecture. This gesture gave the phone a sleek look with lines reminiscent of a modern skyscraper. Its surrounding surfaces create an optical illusion by extending inwards and outwards along the phone's perimeter. 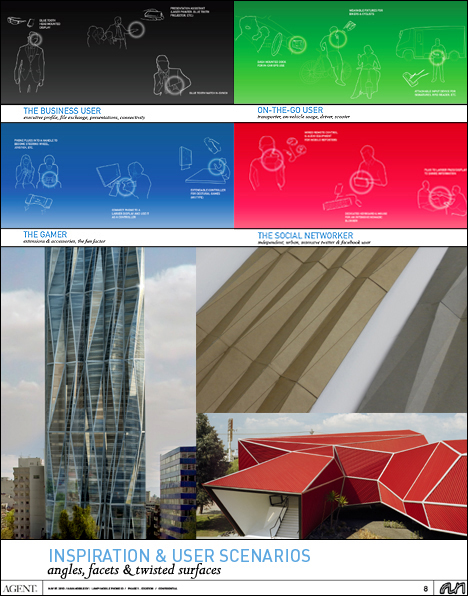 We liked the way the twisting surfaces create an optical illusion. Both the AGENT and Aava teams agreed that it is an unusual shape for this type of product, so we moved forward with the TWIST gesture. 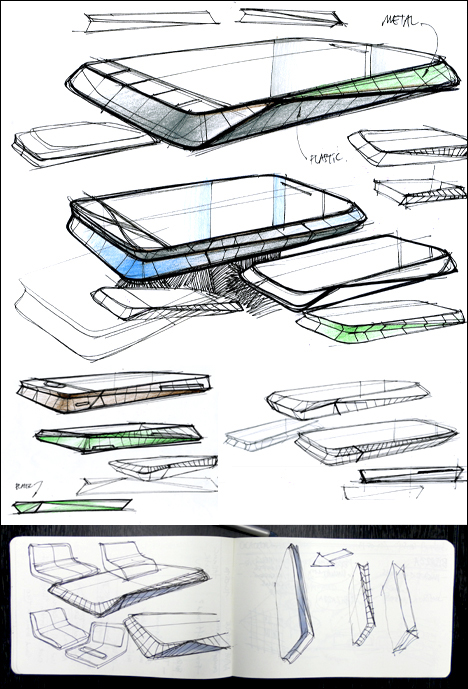 Looking at the phone in different angles, and holding the mockups we realized the design is very dynamic, which represents also the dynamic nature of its technology and open platform. 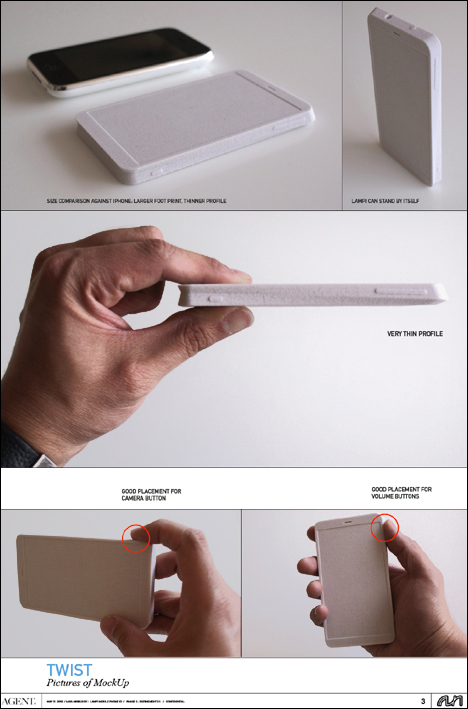 The Aava Mobile team responded positively to the concept evolution and to the way the design carefully integrates its features. The battery door, for example, respects the angular perimeter of the phone and its lines continue to the rear, wrapping around the camera detail, but the Mini-USB connector is exposed for ease of connectivity. 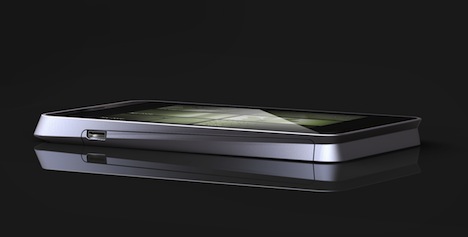 The TWIST phone can stand tall on a flat surface, on its own, without the need of a support and it's peculiar contour makes for a playful tactile experience; it is not only beautiful to look at, it is also fun to hold. 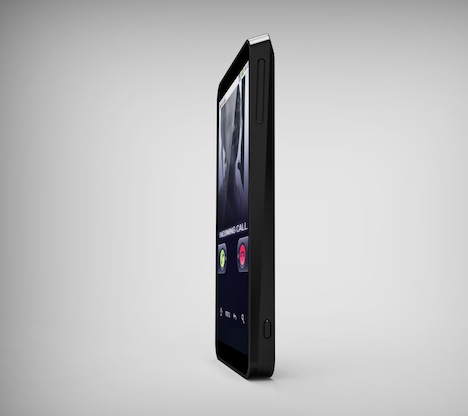 You can blindly follow the phone surfaces with your fingers to find the buttons and connectors.

During the refinements phase, we realized that achieving the thin profile was not possible using only a plastic enclosure, so we needed to add the metallic backplate to ensure strength and thinness at the same time. 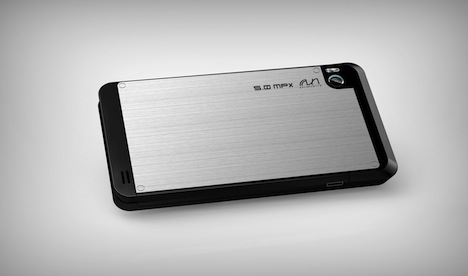 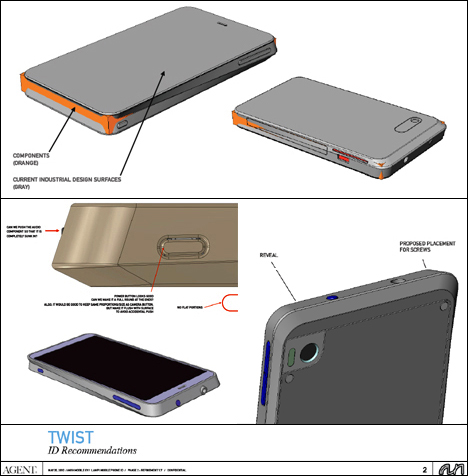 The program included concept generation for docking solutions. The AGENT team created three different gestures that incorporated other functions (like desk clock or speakers) to make sure the dock is useful with or without the phone connected. 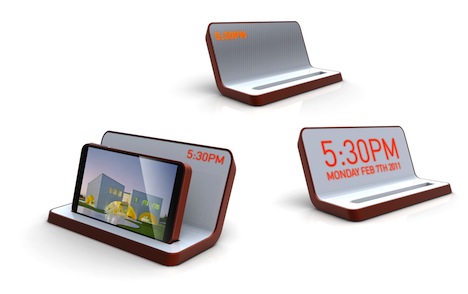 Working with the Aava team was great, all decisions were made efficiently given the short timeframe and even the multi-location nature of the project was not an issue, the process went very smooth.