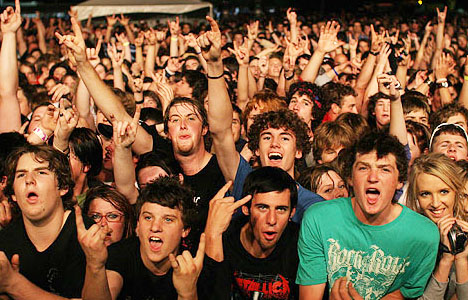 Design discourse often strikes me as analogous to a family get together. It sets out well enough; optimistic with an undercurrent of reconciliation, but it can turn sour. A casual remark or offhanded comment cuts quick, unearthing volumes of unresolved conflict and lingering baggage. It can be disquieting and, at times, maddening. But generally speaking, it's okay because after dessert is served and the plates are cleared, we get to leave the family table, and return to the business of doing design.

When I leave the 'table' my thoughts turn quickly toward incorporation: How do I filter through the chatter and weave the good stuff into a viable practice of design; one that bridges the here and now with a hopefully grand tomorrow? Where do we place our bets? Where do we invest? How do we incorporate the disparate soundings offered up by design into a practical set of tools that can empower a team's results, elevate its relevance, and if we're lucky, safeguard its future?

With this in mind, I'd like to share some thoughts that have kept me occupied lately. Consider them field notes; observations culled from the murky intersection of 'practice' and 'theory.' I invite the Core community to have at them. Tear them down or build on them -- but please comment as you see fit:OBSERVATION 1: Enough about DIY, let's track DIWO

'Do-It-Yourself' was misunderstood by the mainstream design community. In articles and lectures DIY was presented in terms that framed it as a threat, a curiosity or at best as some sort of marginal activity removed from the 'serious' practice of design. This depiction was faulted and, in my opinion, informed by professional bias and no small amount of elitism. The discussion surrounding DIY in design circles should never have been centered on amateur culture replacing the professional offering. The conversation isn't about the merits of Amateur vs. Pro -- it's about both.

Amateur fabrication, like indie films -- doesn't replace professional big-budget, high-capital 'making' -- it co-exists right along side it. The rise of independents and the flourishing of short run and alternative production as evidenced by sites like Ponoko, Threadless and Quirky is something industrial design and manufacturers should embrace. It opens up options, lengthens the design playbook and, if nothing else, delivers a new model of consumption -- one that is infinitely more engaging than the passive and environmentally insupportable one of a generation ago.

If your design offering is threatened by amateur culture, perhaps your offering hasn't evolved fast enough. Alternatively, if you persist in believing that DIY culture holds no lessons for your business, I'd suggest you expand your frame of reference from the domain of craft-centric activities to include the growing ranks of user and community driven sites that offer a range of alternative products and services.

But enough about DIY -- 'Do-It-With-Others' is what design should be paying attention to now. A marriage of organization, social networking and, increasingly, micro-capital (witness the recent successes of Kickstarter and IndieGOGO ) -- DIWO is the next evolutionary step in the author/producer relationship. By incorporating 'community' and an implicit social component, DIWO draws making, solving and producing into territory much more relevant to today's problems than the relatively solitary behavior of DIY. DIWO snuggles up against a whole range of issues all of us in design are either just beginning to comprehend or are already struggling to make sense of. Social entrepreneurship, behavioral dynamics, choice architecture -- take your pick, DIWO is DIY on steroids; ushering in exponential levels of complexity and forcing us to contemplate the increasingly 'social' component of making.

OBSERVATION 2: Organization for pennies on the dollar

I'm not entirely sure RSO (Real Simple Organization) really exists as a term yet. It's a derivation I coined to riff off RSS (Real Simple Syndication). I believe RSO holds the potential to be a massively disruptive concept. Clay Shirky has stated, "When we change the way we communicate, we change society." If Shirky's tone strikes you as a bit melodramatic, consider how far social media has brought us over the past seven years. Communicating with and organizing people has never been easier or cheaper. What once took considerable institutional focus and capital can now be done, as Shirky explains, for pennies on the dollar if not for free. In many ways organization costs seem to be taking a page from Moore's law, permitting us to contemplate the types of social, cultural and economic disruption that cheap organization of human capital makes possible.

Why is RSO potentially so disruptive? Because when combined with maker culture (the inclination to do), collective action (the team to do) and micro-financing (the capital to do) -- easy organization radically scales the possibilities and scope of crowd enabled solutions. Will there be failures? Absolutely. But there will be successes as well. In a market place punch-drunk from the conflicting dynamics of a reduced workforce and a sustained drive toward profit, real simple organization offers a path forward for solutions and services that don't easily reconcile themselves with mainstream models of profitability.

I tried to sketch this idea out in a not so popular post I wrote a while back: Coordinating disaffection: A Design Challenge Worth Considering -- but I got it wrong, or at least partially wrong. Under the influence of so many recent institutional failings (BP had just screwed the Gulf) I focused on the possibility of simple organization to effect social change. I should have done a better job speaking to my intended audience -- designers. If I were to rewrite that piece today I'd focus more on what RSO means for product development.

Enter Scott Wilson. To my mind the biggest design story of the year is Scott Wilson's collaboration with Kickstarter. This alliance has taken the promise of RSO (not to mention DIWO), put it into practice and scaled it. In TikTok + LunaTik we see the first solid example at scale of an independent designer tapping community desire and funds to deliver a product that has all the formal appeal of a commercial offering. The delivery of that solution through 'outsider' means and a radically decentralized process make TikTok + LunaTik all the more significant. The fact that Wilson can reach out directly to the manufacturing base in Asia or that his product ultimately leverages the product offering of a major player (Apple) demonstrates that there is a significant opportunity space for independents right alongside the majors.

It's parasitic and it's populist, but the Kickstarter/Wilson collaboration may well be the formalization of something truly new in industrial design: crowd sourced product development. Critics will say this has been played with before -- and it has. Back in the late '90s Japan's Elephant Design played with this concept, developing production ready designs and soliciting orders to evaluate market size (think Groupon for product development). What limited the success in it's early days was communication -- the market place was too small. With social media, blogging and some smart attachment to a successful product -- TikTok + LunaTik proves the model can work in a big way.

OBSERVATION 3: Socialized Making -- is this what's ahead?

This last observation is one I've only recently started tracking and, by admission, is only tentatively worked out. Reflecting broadly on recent themes in design criticism, one thing strikes me as clear: you can't do it alone -- nor should you. Why does design criticism assume any one-person needs to posses the laundry list of talents and competencies contemporary problems require? Deep design, by which I mean the activity of professional design, is and always will be a group process. I know that's not as sexy as the lone genius model but it's true. Design easily accommodates collaboration with the range of partners needed to tackle today's complex problems. Truth is, we debate mastering all these activities because we're stuck in a mental model of design that assumes a centralized notion of creativity; one where individuals, or at best co-located teams, are expected to posses the requisite tools to solve 'the' problem.

This model of creativity is disingenuous and limits the solutions we can envision. In my first two observations the common threads are groups and communities which, when compared with emerging themes of 'social-behavior' and 'group-dynamics,' lead me to ask: is social a new component in the design process? In an era of explosive communication, prolific connectivity and a vastly more mature consumer culture -- is the next frontier deep incorporation of consumers in the design development process? Inviting them to participate in the mechanics of design as well as the narrative itself?

It seems plausible. In recent years, as manufacturers have had to dig deeper to discover new opportunity spaces, once elective activities like co-creation and 'in-home' interviews have become standard practice. Extending this thread, social media inspired tools like EverydayLives' ethnographic iPhone app, are emerging that offer new ways for collecting insights by tapping consumers' increasing comfort with self-documentation. Coupled with the tentative steps of sites like Quirky and Kickstarter, how long will it be before a major player decides to 'go-public' with their product development process? Sound improbable? Why should it? Companies like Google and Apple have already made a habit of using 'leaks' and other 'previews' to engage consumers in the narrative of their forthcoming products and services. The preliminary success of TikTok + LunaTik demonstrate users are willing to participate in this process IF you can find them and speak to them in terms they understand and trust.

Make no mistake. I'm not advocating design by jury, there's enough of that in design already. What I am advocating is letting users into the conversation -- for real this time. Let go of the focus group and forget the hollow voice-of-the-consumer shtick, let's dare to envision something less passive and less controlled. Let's democratize the process and let consumers participate in the process itself -- from start to finish. Along the way we might actually learn what they want with a subtlety and nuance that invigorates the design process rather than neutering it. If, in the end, our work is to be juried anyway, I can't imagine a better group of judges then the users themselves.