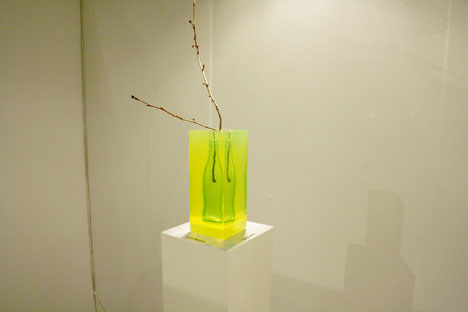 The main attraction at the Stockholm Design Week is, of course, the world-renowned Furniture Fair—this year celebrating its 60th anniversery. We hit the Greenhouse—the fair's equivalent to Milano's "Satellite"—to check out some of the emerging talent on show.

Catching our attention immediately was the rather understated instillation of Milan-based, Korean designer Jaeuk Jung's "Amber Bottle"—a polymer vase cast from Alexander Samuelson's iconic bottle design.Clearly a connoisseur of the near century old design, Jaeuk explained to us that he took the five casts on show from five different antique Coke bottles—each produced in the bottle factories of five different American states.

Jaeuk Jung hopes to have his vases on sale soon. 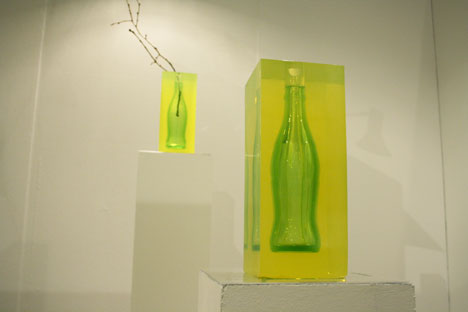 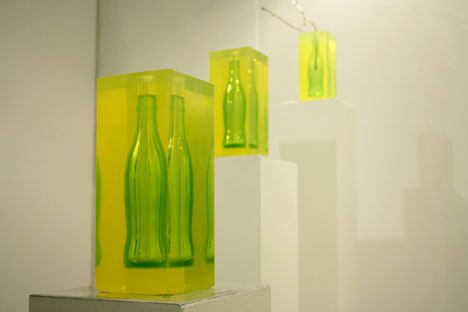 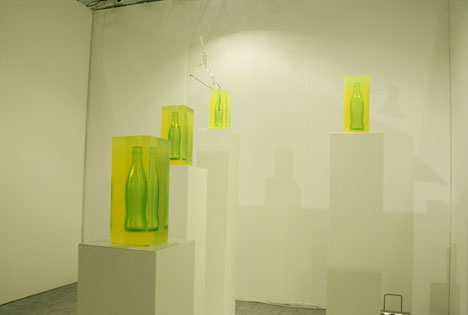 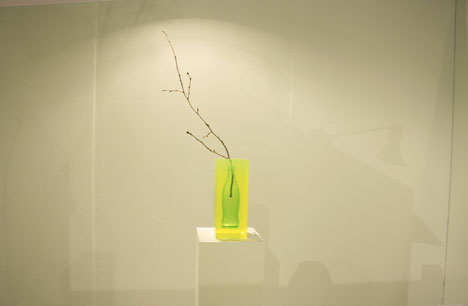